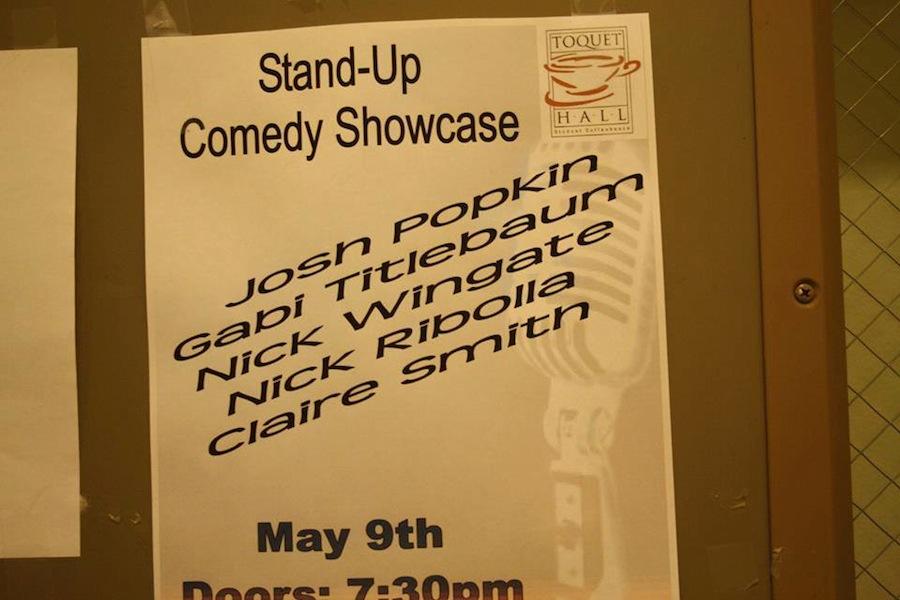 Students and friends filled the seats and couches in this downtown venue from 8-9 pm. For Titlebaum, this was a first-timer on the stage. Others, like Popkin, are old pros. “I did stand up twice earlier this year and wanted to do it another time with other kids from staples. So I asked the funniest kids I know and they all agreed to take 10 minutes of stage time,” he said.

The variety kept the audience entertained. “It was cool to see different people go and hear the different stories,” said Rachel Beck ’15.

“I wasn’t really sure going in and I was going more to support some friends but it was also hilarious,” said Jake Reiner ’14.

For those who missed it or who are hoping for an encore, there is hope. “While Nick (Wingate) and I will be gone next year, I’m sure the others will be back with an even funnier show,” said Popkin.