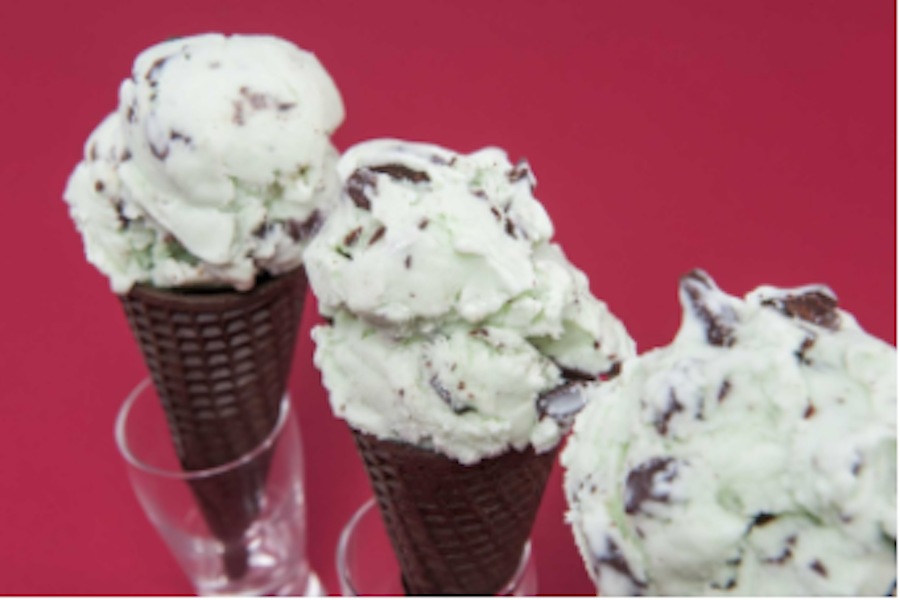 The trends of Samsung Sidekicks, Razor scooters, and sugar lips have all faded. Hannah Montana revealed her secret, and Justin Bieber’s voice lowered quite a few octaves. We’ve grown up with a lot of things that have fallen out of style, but one thing has remained throughout our childhood: frozen yogurt.

My first memory of the dessert was when I first tried Tasty De-Lite after a hard day in the third grade. I remember my mom told me that it was like ice cream but a lot more healthy, so I tried it. After I took my first spoon full, I wanted to sprint back to Ben and Jerry’s.

Minahil Salam ‘16 says that there’s something about ice cream that frozen yogurt can’t compare to.

“Ice cream’s rich and real and not trying to be something it’s not,” she says. “Fro yo’s like yo, I’m an ice cream, but it’s made of some superficial stuff, so it’s lying to us all.”

Morgan Whelan ‘16 agreed with Salam. “Ice cream just tastes so much better than frozen yogurt,” she says. “It’s much more creamy and flavorful and overall satisfying.”

Some even dare to say that frozen yogurt is equally as bad, if not worse for you than ice cream, such as Alex Suppan ‘16. Comparing it to the trend of canned food in the 1950’s and 1960’s, she says it’s bound to go out of style. “It’s just a trend,” she says bluntly. “[And] food trends don’t last.”

There’s just something about the creamy flavor of ice cream that can’t be mimicked by yogurt. Yogurt needs to go back to being in sad lunch boxes and commercials with Jaime Lee Curtis, where it belongs.