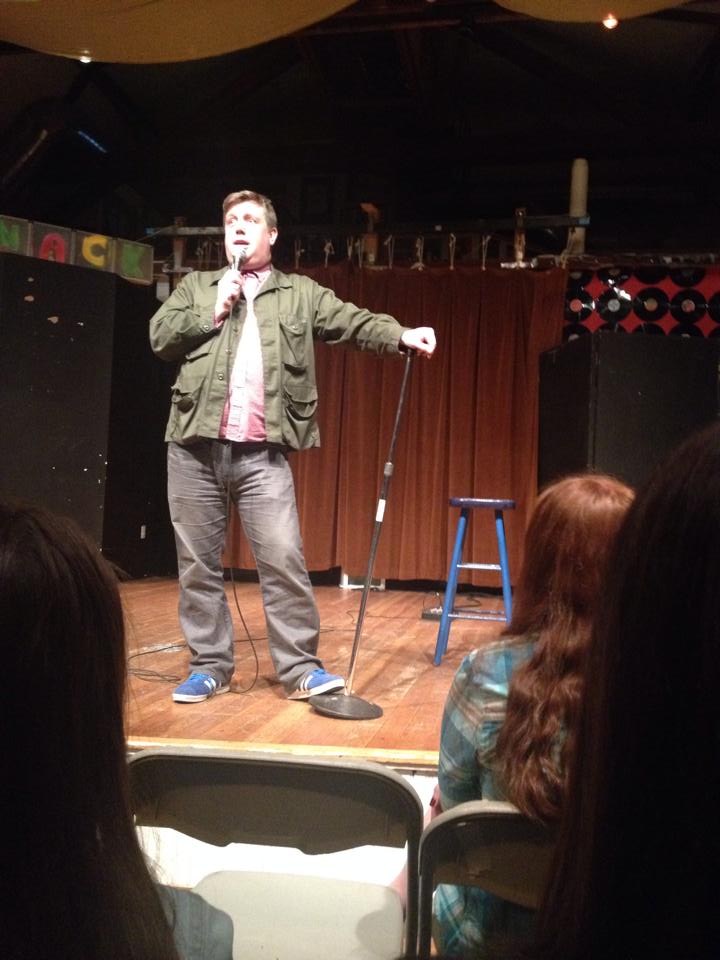 As the doors of Toquet Hall opened this Friday night, the room filled with the buzz of excitement, four witty comedians, and never-ending gusts of laughter.

Audience members at the show agreed that each one was equally hilarious talking about topics ranging from fast food, the Cripps, and West Virginia.

“I almost needed new pants by how much I was laughing, in a good way! It was a great time,” said Simon Ginsberg ‘16 about how great each comedian was.

The professional comedians included a short segment from Robert Dean who discussed robbing fast food joints as the “Cheeseburglar,” growing up in Connecticut, and a first date that involved simultaneously werewolves and feces.

However, the headlining act, Jared Logan, is what sealed the deal for many.

It was clear this comedian had a real enchantment over the audience from all of his experience. Logan has been seen on VH1’s “Best Week Ever,” Comedy Central’s “The Daily Show,” and “Colbert Report.”

“I did not stop smiling. It just puts you in a good mood,” said Mackenzie Lavoie ‘16, particularly referencing Logan’s segment.

From the moment he opened by asking the audience about their favorite cereals, to what it’s like at three in the morning in White Castle, to stories about his friend’s grandma(in West Virginian lingo: Mongy), to audience interaction again in hilarious interviews with three people from the crowd–he had the audience’s hearts captured with relatability and side stitching laughter.

Emily Greenberg ‘16 concluded what many seemed to think, judging by their deafening laughs, “It’s awesome, who wouldn’t want to laugh for two hours straight!”