Dancers balance their time between leaps and lessons 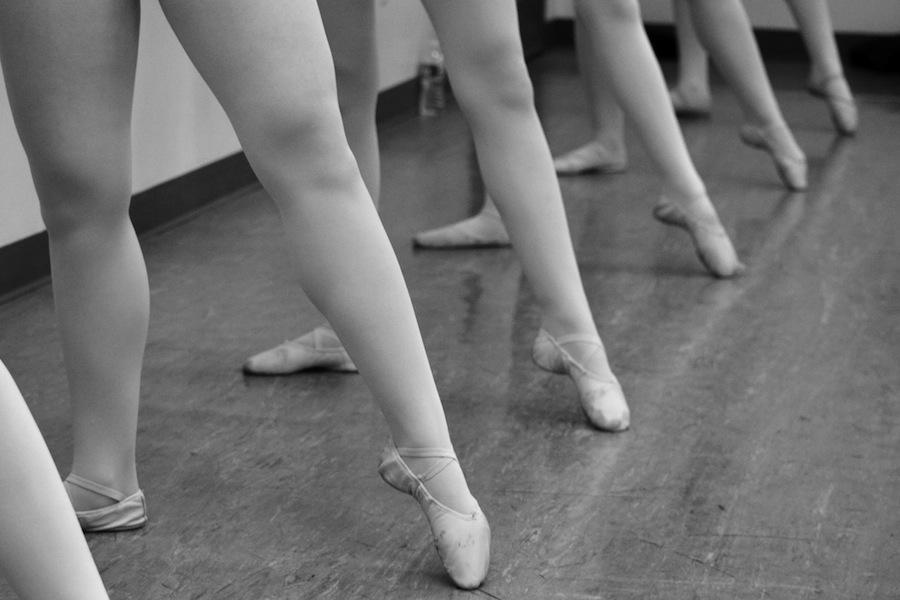 They don’t wear their team uniforms to school.

They don’t dress up on Fridays, or any other day.

But if they’re picking up a pencil, they might just ponché: keeping the right leg straight, they lift the left leg up as they fold their bodies down, back flat.

When they walk through the halls, they turn out to the sides, perfect buns high on their heads.

They are dancers–and they call a studio home.

For many of these students, dancing is more than a hobby. They spend numerous hours in the studio each week rehearsing, and the time commitment only increases around the time of a performance. For dancers like Jennifer Hotch ’14, at Just Dance Studios in Norwalk, around four hours are added to the weekly load during performance time. For others, it’s even more.

“During performances, things get crazy, and between rehearsals and shows, it can be over 35 hours in a week,” said Chloe Evans ’14. These 35 hours are spent in rehearsal Monday through Thursday from 3-8, followed by two shows on Friday, two on Saturday, and two on Sunday.

On top of that, some dancers, like Evans, take private lessons to help master their skills. Claire Noyer ‘14, who dances with Evans at Ballet Etudes, says it takes months to perfect a dance that only lasts a few minutes.

Dance can be difficult to balance with schoolwork, and occasionally students hope their teachers will cut them some slack. “Some teachers are more sympathetic than others, though most teachers agree that dance is a priority,” said Julia Rakin ’16.

“I don’t get quite as much sympathy as I’d like, but maybe that’s because the teachers don’t know too much about it. Teachers always seems much more sympathetic towards Staples Players,” Evans said.

English teacher Kim Herzog solves this problem in her classes by being consistent. “You don’t know what students are doing outside of school, so I go in with the expectation that they’re all busy, and I don’t cut slack to anyone. If a student has been diligently working on an assignment and has been in to see me and needs more time to make his or her piece stronger, then I’m willing to accomodate,” she said.

Some students are under the impression that Players and athletes get cut slack by teachers, while others don’t think they do.

Hotch says she doesn’t get any sympathy from teachers but  doesn’t find this unfair because she doesn’t think Players or athletes get special treatment, either.

Math teacher Robert Papp’s outlook on giving students “special treatment” is similar to Herzog’s. “The beauty of standard based grading is that no one day will kill you. You can always reassess. If you’re in class when the material is taught and you’re there the day of the test, then you need to take it,” he said.

Dancer Ally Hirsh ’15 doesn’t expect to be given special treatment because dance isn’t a Staples program.

No matter their thoughts on the subject, these dancers all agree on one thing: they’re not going to give up dancing, so they just have to find the right balance.

“It’s a lot of work, but after the performances we all agree that it was well worth it,” said Noyer.