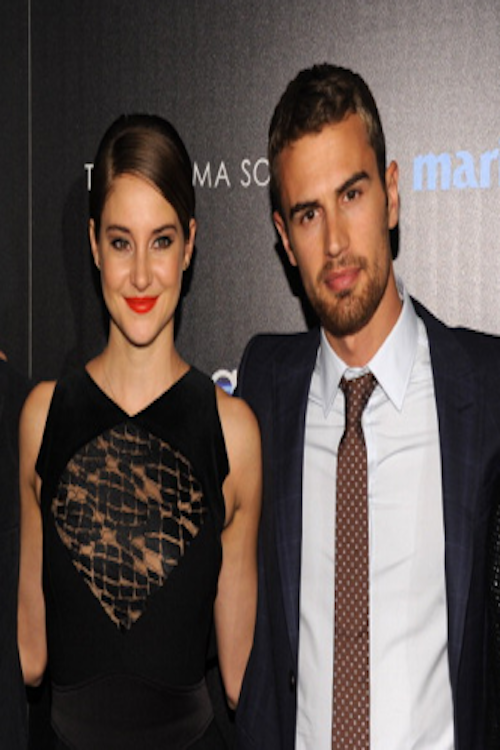 Shailene Woodley, who plays Tris, poses at an event with Theo James, who plays Four.

After reading the first two books in the “Divergent” series, written by 25 year old Veronica Roth, I couldn’t contain my excitement to see the movie. I had fallen in love with the characters and storyline, which made me want to see it all come to life.

“Divergent” takes place in a dystopian Chicago setting, where the people are divided in five factions based on the quality that they possess. They include Abnegation (the selfless), Amity (the peaceful), Candor (the honest), Dauntless (the brave), and Erudite (the intelligent).

At age 16, Beatrice Prior (Tris), played by Shailene Woodley, takes her aptitude test to determine which faction she belongs in. Her results determine that she belongs to three factions, instead of one; this makes Tris divergent. Much like the “Hunger Games,” this society highly values sense of community. As a result, Tris’s divergence was considered a threat to the system.

Most people believe that books are better than their movies. In this case, this statement proves to be true. The book was much more suspenseful and riveting. There were times where I couldn’t put it down because I was so emotionally drawn in. I feel that you have to read the book to fully appreciate the movie.

However, the movie was still done well.

Woodley, was vibrant on screen. She had the perfect balance of intense energy to draw the viewer in, while still being a likable and relatable character.

To my disappointment, the ending was completely different from the book because it didn’t leave the audience hanging.

Even though I think that the book was better than the movie, the film still possessed watch-worthy qualities. I would rate it an 8 out of 10.