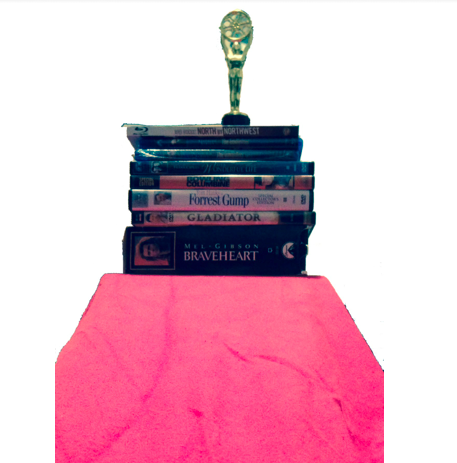 Roll out your red carpet and bust open your fanciest bottle of sparkling apple juice, it’s time for the 86th Academy Awards.

It’s that time of year again to reflect on the highs of the ever so popular art of film-making and begin to eagerly anticipate what lies ahead.

2013 was a very strong year for film with titles such as “Gravity” and “The Wolf of Wall Street,” who both have ten nominations including best picture.  While some films such as “Frozen,” are runaways to win their respective category (Best Animated Film) everything else is far from that black and white.

Inside Staples’s very avid film community, a lot of opinions came out about the many snubs and surprises from the Academy.

“ I’m sorry, but I can’t see Jonah Hill as anything but that fat guy from Superbad, now he has his second Oscar nod, it just doesn’t make sense,” said Philip Han Lemus ’16 about Jonah Hill’s Nomination for “The Wolf of Wall Street.”

In a year in which most people have been so indecisive on which was the best film, Nick Kveitaia ‘15 was pretty adamant on what he thought was the crowning jewel, saying, “If the Academy were to choose anything, but “Wolf of Wall Street” to win best picture, I’d be disappointed, it was a good year for film, but nothing was a close second to it.”

Ayden Schattman ’16 was enraged about one of the choices to not include Tom Hanks in the best actor discussion and said, “Tom Hanks getting snubbed was outrageous. His job in ‘Captain Phillips’ was much better than anyone else’s this year, including Leonardo Dicaprio.”

With all of these amazing films being recognized, make sure to tune in on March 2 and see which of your favorite movies are crowned as the best of 2013.