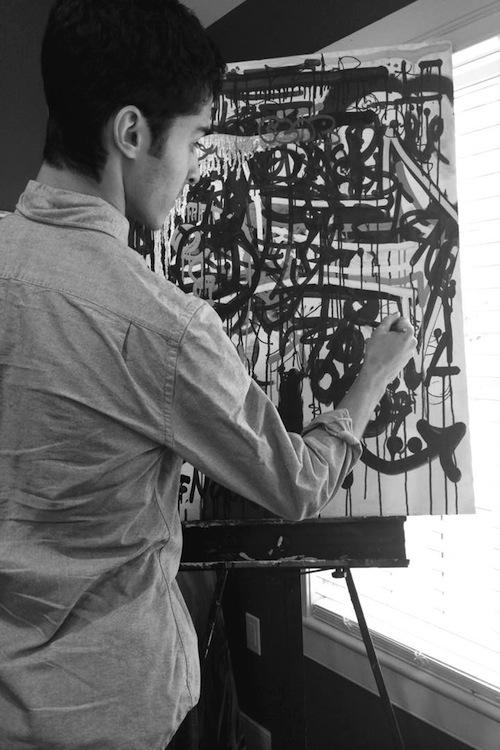 According to U.S. News, it’s one of the best art schools in the country. Received by only a quarter of applicants last fall, an acceptance from the Rhode Island School of Design (RISD) is a coveted prize for students hoping for a career in art.

So far this year, that prize has been claimed by three Staples students: Connor McCann ’14, Rowan MacColl ’14, and Ian Barsanti ’14.

Barsanti found out when he called the admissions office,from a stairwell in the middle of class.

“I was freaking out,” Barsanti said. “I was just running around school trying to find anyone who would care and scream at them and tell them I got in.

But it was a long process leading up to that point.

“It can take two years, three years, but usually the better work is when they get older,” Eskell said.

RISD requires two challenge pieces as part of that portfolio. One is an observation drawing of a bicycle. The other challenge invites students to draw using an instrument of their own design.  For example, McCann created a drawing with a brush pen he invented that draws in different shades of grey depending on how much pressure you use.

Students spend years on their portfolio, but they put even more time into developing their skills.

“I’ve been drawing ever since I was able to hold a crayon,” Rowan MacColl said.

By the time she hit middle school, MacColl had realized how much she loved art and was drawing all the time.

McCann has also been drawing as long as he can remember. In fact, even in elementary school, he was fairly serious about it.

“We used to have to do these New Year’s resolution sheets every year in elementary school,” McCann said. “And every year my resolution was to just get better at drawing.”

McCann thinks RISD will help him with that resolution: the pre-college program the school held was the only time he felt  “challenged and pushed to [his] limits as an artist.”

“Their professors are not going to let them just sit. They have to prove what they are doing as artists,” Eskell said.

But all that work pays off; according to U.S. News, 96% of RISD alumni have a job within one year of graduating.

As far as career plans go, McCann plans to major in illustration and then start the tough process of trying to work in comics.

He’ll probably “get some crappy job and make comics until I can financially support myself doing the latter,” McCann said.

MacColl is a little less certainin her plans. Though she thinks she wants to major in illustration, right now she said, she is focusing on graduating from RISD.

Barsanti is just excited to go to school with students who love art as much as he does.

“I don’t really have a major in mind right now,” he said. “I’m going in with an open mind.”