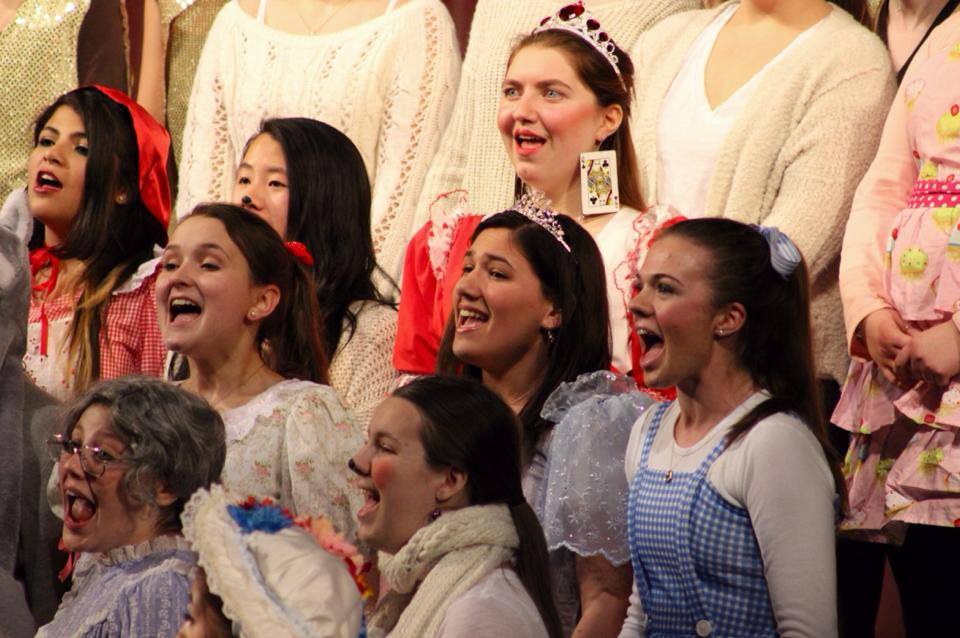 Orphenians sing during the Candlelight Concert

A few items are essential for the holiday season. The crisp peppermint of candy canes, the spicy scent of a Balsam fir in your living room, and most importantly, the sounds and sights of Staples’ annual Candlelight Concert.

And within Candlelight, there are a few essentials as well.

For starters, you’ve got to assemble an attentive audience – and last night’s performance was no exception. The audience laughed at every joke, applauded with enthusiasm at the close of every piece, and there might have even been a few tears.

“I thought the audience was a very wide range of ages which made it special because Candlelight is something everyone can come together to enjoy,” said Caroline McKechnie ’15.

The next key ingredient that everyone is expecting is a classically composed orchestra. With the rich low of the cello, the quiet murmur of the bass from the back of the stage, and the violins dancing on every melody, the orchestra must be present.

The production number is another key component. Studded with nursery rhymes, dance numbers, and all the jokes a composer could squeeze into the allotted time period, this year’s piece, based on a lively Caroline Rossi as Mother Goose and the other characters of storybookland, along with Santa, lived up to past years’ standards.

And of course, the evening is always brought to a close with the resounding glory of the Hallelujah Chorus—where all performers comes together to truly ring in the holiday season with one last song, together.

“My favorite number has always been the Hallelujah Chorus because everyone gets to perform together, and you can really just feel the happiness and excitement in the atmosphere of the auditorium,” said Katie Zhou ’14, the Concertmaster of the Symphonic Orchestra.

Despite the fact that the evening itself was a success, many performers were disappointed that the second and third performances were cancelled due to the incoming snow. Zhou expressed her disappointment that during her last year of Candlelight, she would only be able to enjoy the single performance.

“We don’t just perform for ourselves; Candlelight is a way to share the joy and spirit of the holiday season with everyone, and at the very least, it should have been rescheduled for another time, not cancelled completely,” said Zhou.