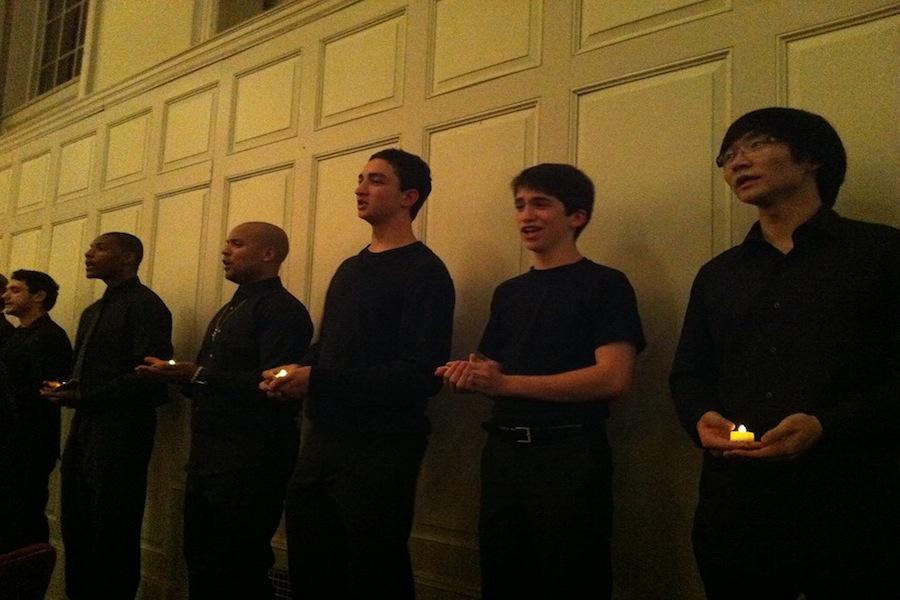 The Orphenians had a unique opportunity last weekend (Oct. 19) to perform with the Norwalk Symphony Orchestra during the Mahler One concert, the symphony’s first concert of the season.

Jonathan Yates, music director and conductor of the Norwalk Symphony Orchestra, ran the concert. Yates led the audience in an alternation between a musical explanation and the playing of composer Gustav Mahler’s first symphony. “It was fantastic and so educational,” audience member Liza Metz said.

Chorus teacher Luke Rosenberg, the Orphenians, and the audience members were all thrilled at the opportunity for the Orphenians to sing with other music groups. ‘It was so cool that they sang with a college choir and were equal to them,” Kim Mathias, mother of Orphenians member Nicole Mathias ‘16, said.

The other musical groups were glad to have the Orphenians as well. “It was great, especially because I teach in Westport and have taught many of the Orphenians,” Jim Forgey, Norwalk Symphony Orchestra clarinet player and band teacher at Coleytown Middle School, said.

Although the piece that the Orphenians sang, a French funeral march by Donizetti, was not difficult for them, Rosenberg still felt the Orphenians benefitted from the performance. “It is a really valuable experience whenever you get to sing with other people, even though it wasn’t difficult music,” Rosenberg said.

The concert was such a nice way to bring the community together that Rosenberg also said he would be eager to have the Orphenians perform in a concert like this again. The audience members, including myself, certainly hope there is.