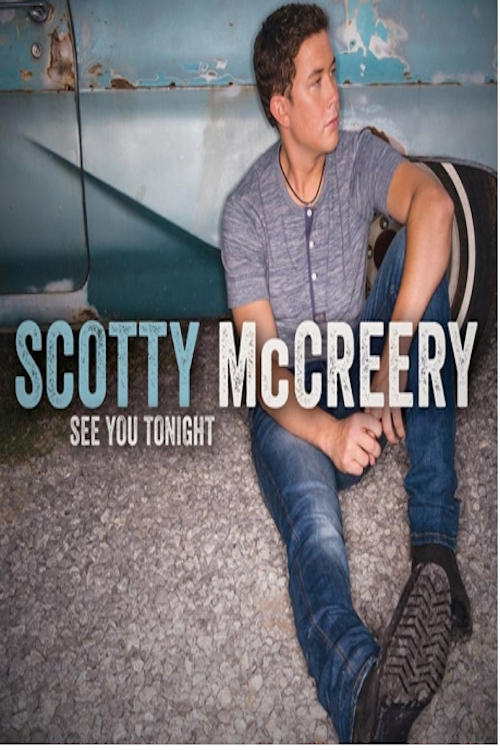 This is the album cover for "See You Tonight." The photo is from billboard.com

As someone who would rather listen to George Strait than Kanye West, when Scotty McCreery (winner of “American Idol’s” tenth season) burst onto the country music scene back in 2011 after singing Strait’s classic hit “Check Yes or No” on the finale of “Idol,” I was optimistic for the future of country music.

While Swift’s “Everything Has Changed” and Aldean’s “Night Train” are both fantastic songs, McCreery’s success on Idol made me believe that country music could revert back to being, well – country.

The first takeaway of mine from McCreery’s second album,“See You Tonight,” is the one constant among the songs: amazing choruses.

Take “Feel Good Summer Song,” for example. The chorus’ tempo increasingly gets faster and one can hear McCreery’s deep, southern voice seem to build up – and then the two just drop off when he sings “a feel good summer song.”

McCreery does the same in “I Don’t Wanna Be Your Friend.” Country rock instrumentals play as he sings, “I don’t wanna just hang out/Nah, that ain’t what I’m talkin’ ’bout/Baby, can’t you tell by this kiss,” and then the instrumentals stop as “I don’t wanna be your friend” is sang.

The only song which had a chorus I disliked was “The Dash.” Its hard to not feel sad when you hear, “There’ll never come a day/That you don’t want ’em back/It ain’t about the numbers/Chiseled in concrete/It’s how they lived their lives/In the dash between.”

McCreery also attempts to blur the lines between the different subgenres of country music.

“Buzzin’” and “Now” are both country rock, while “See You Tonight” is more similar to the country pop that Hunter Hayes would sing.

On the other hand, McCreery’s “Carolina Moon,” an example of neotraditional country sounds like it could have been on Strait’s 28 albums.

Regardless of what kind of country music a fan likes, McCreery’s album “See You Tonight” has it all. Whether you buy albums on iTunes, stream them on Spotify, or let’s face it – illegally download it somewhere on the internet – “See You Tonight” is a must have.