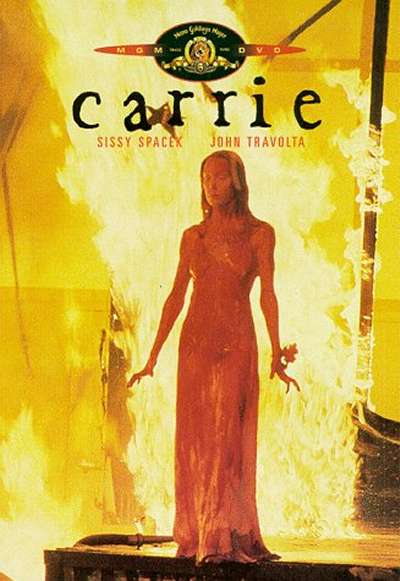 Stephen King’s first published novel, innocently entitled “Carrie,” is one of the most frequently banned books in United States schools. Written in an epistolary structure, the novel tells the story of Carrie, a young teenaged girl, who was bullied and abused since elementary school by both her classmates and her unstable Christian fundamentalist mother. Carrie discovers she has telekinetic powers and uses them to destroy her school and exact her revenge on her tormentors and her town.

The first movie premiered in 1976 and was met with great box office and critical success. It soon became a favorite thriller/horror movie for teens, especially around Halloween. The next remake premiered in 2002 and was decidedly less popular, earning only a few decent reviews and flopping significantly more than the earliest version. And now in October 2013, Carrie will once again rise to the big screen.

Starring Chlöe Grace Moretz as Carrie and Julianne Moore as her mother, this movie isn’t your usual touchy-feely mother-daughter flick.

Fanatics of both the original movie and the book itself are in high spirits about the upcoming replicate.

“I remember when I was in high school. I worked at Greenwich Plaza Movie Theatre with a bunch of high school and college kids who were movie buffs,” recalled Fernandez. “They were obsessed w/ Brian DePalma (original Carrie director) and always talked about (the movie). (When I saw the movie) I can’t say I enjoyed it, but I have mixed feelings about horror. I’m attracted to it but don’t always react well to it.”

Several students are also fans of the original movie. Emma Broadbent, ‘16, has read the book and seen the movie, and while she enjoyed it as an old classic horror movie, she’s really looking forward to the new one. Broadbent is especially intrigued by the new star of the film, Chlöe Grace Moretz.

“I think it will be interesting to see Chlöe Grace Moretz in an older teenage role and I think that she’ll be great,” said Broadbent. “I think that Julianne Moore was perfectly cast for the mother.”

Other fans of Moretz are intrigued by her new role as well.

“I am really excited about Chloe Grace Moretz in the movie; it’s so cool to see an actor who is pretty much our age taking on all of these different roles and doing so well in them,” said Shelby Cataldo, ‘15.
Overall, it appears this movie is set to be a big hit among classic fans and horror fans alike. Don’t forget to get your tickets for the October 18th premiere soon.