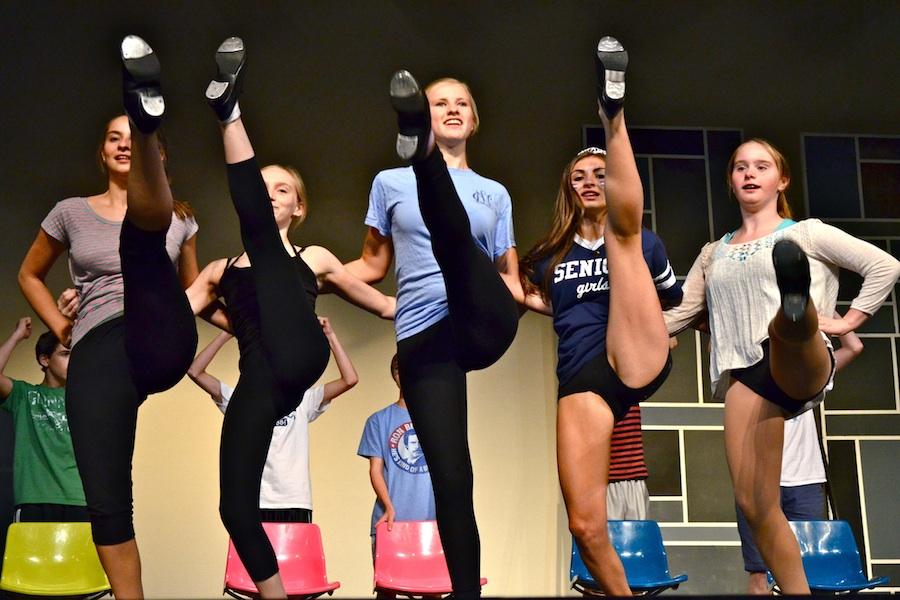 Metal collides with the ground and then retreats, in time to the rhythm of lively, roaring twenties music. And then, 50 glistening black tap shoes executing precise movements, in perfect synchronization. It’s daily rehearsal for “Thoroughly Modern Millie”, the Staples Players fall show.

‘Millie’ is one of very few tap dancing shows Staples Players has presented. According to current choreographer Andrea Metchick, this is because the former choreographer Joanne Kahn didn’t love. By contrast, Metchick loves tap dancing.

“It’s so much fun to make noise with your feet!” said Metchick.

While tap dancing is fun, it is also challenging. Many students took a special audition preparation class over the summer in hopes of grasping the basics of the art. “It seemed like a lot of kids in the class had never worn tap shoes before,” said Everett Sussman ‘15. Metchick said she suspected that at least two-thirds of the students who auditioned for the show were new tappers.

Although many students have had lessons in ballet or jazz, tap dancing is unique, Metchick said. “Tap is all about rhythm and relaxation, which is opposite to what the ballet dancers are used to.”

Although tap dancing may be a challenge, all agreed it does add a new dimension to the show.

“I actually really like to do tap because I feel like it’s one of those styles where you can go all out, and a lot of the tapping Millie does conveys her emotions,” said Maddy Rozynek ‘14, who is double cast as the lead role, Millie Dillmount. Metchick explained how the choreography is crafted to express emotion with quick, short taps in scenes where Millie is nervous and loud, stomping taps when she is angry. Tap provides a whole new tool for expression and characterization.