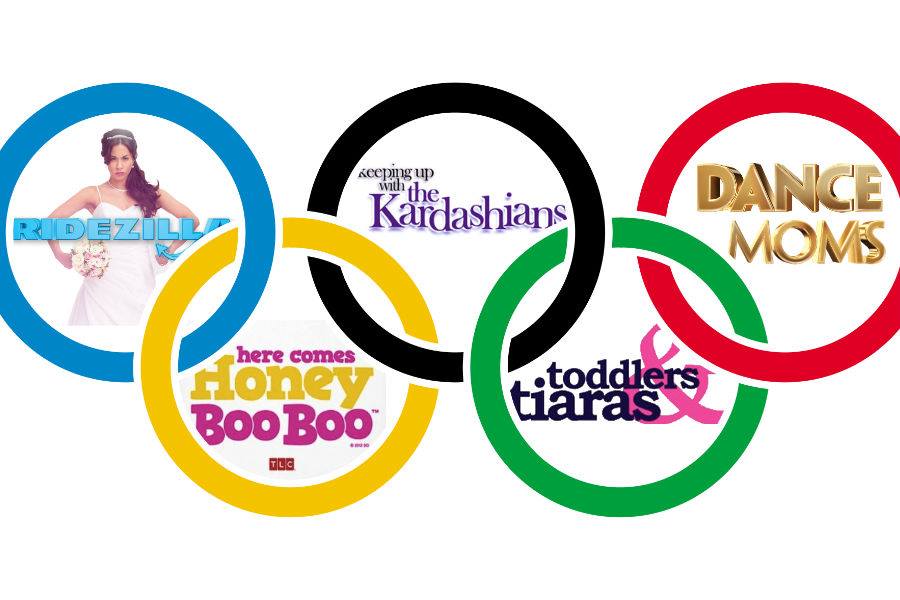 It’s the perfect procrastination technique, the ultimate in mindless humour, the ideal performance for choking on your popcorn laughing and chucking some at the screen in horror. Toddlers and adults alike throw utterly cringe-worthy temper tantrums, spend exorbitant money on spray tans and rhinestones, and slowly suck any hope for our generation from our very souls.  These are the top 5 reality TV shows you absolutely have to watch.

5. Keeping Up with the Kardashians

Known as the original “famous for being famous” family, the Kardashians have grown to dominate E! with 8 consecutive seasons and 3 spin-off series. Between the catfights, idiotic phrases, and relationship drama, this show is perfect for those who want some mind-numbing relaxation or assurance that they are not, in fact, the stupidest people on the planet. “It’s the show that everyone secretly watches and loves.  Everyone’s afraid to admit they love it,” said Bennet Brady, ‘15.

A WE TV show that debuted in 2004, the show follows temper-tantrum-throwing, Daddy’s-money-blowing, and not-so-heavenly-glowing brides as they struggle to make their perfect day all that they’ve envisioned.  With 9 seasons already aired, and a tenth scheduled for May of 2013, this show is the perfect manual for how not to behave during wedding planning.  “‘Bridezillas’ is probably one of my favorite shows,” said Hannah Meyers, ‘14.  “It’s a show you can watch whenever you’re bored and you know that you’ll laugh at it. Personally I find it hilarious.”  Whether you’re soon to be married, or are still a teenager and just have a secret collection of bridal magazines hidden under your bed, “Bridezillas” provides a hilarious and sometimes painful glimpse into the world of the monster bride.

When Alana Thompson, a.k.a. Honey Boo Boo, first graced television screens on TLC’s “Toddlers and Tiaras” in Sept. 2011, Americans fell in love with her down-to-earth persona (almost unheard of in the pageant world), her wacky and wild family, and her uproarious quotes about life.  The Aug. 29 episode, which aired during the 2012 Republican National Convention, attracted almost 3 million viewers and scored a 1.3 rating among 18-49-year-olds, the highest rating in that age group for any cable program that night.  “It’s addicting and totally pointless,” said Grace Bonington, ‘16. “You don’t get anything from watching it except for the fact that its ridiculously funny.”

Whether it’s screaming, crying, or cheering, there’s always something loud and exciting happening in Abby Lee Miller’s Dance Studio.  Between the bickering, whining, and temper tantrums from both the child dancers and their adult moms, it’s often hard to determine in this show whether the main characters are the dancers or their cuckoo parents.  “Me and my friend Alexandra Rappaport used to watch every Tuesday and although it’s super dramatic, the girls are super talented!” said Maddy Roznyek, ‘14.  With a slightly stronger emphasis on the drama than the dancing, this show is perfect for those who need a little convincing that, though their parents may yell at them for not doing their homework, there are crazier moms out there.

Considered one of the most disturbing and entertaining shows ever made, “Toddlers and Tiaras” is host to a whole world of crazy.  Moms and toddlers alike throw temper tantrums loud and hysterical enough to raise your eyebrows clear off your head.  “‘Toddlers and Tiaras’ is always entertaining to watch, but it always makes me wonder what is going to happen to the self-esteems of those girls when they get older,” said Emma Ruchefsky, ‘15.  From pixie sticks and energy drinks to fake teeth, eyelashes, and tans to inappropriate behaviour, outfits and performances, this show is sure to horrify and amuse.