A Film Adaptation: Students React to “The Great Gatsby” 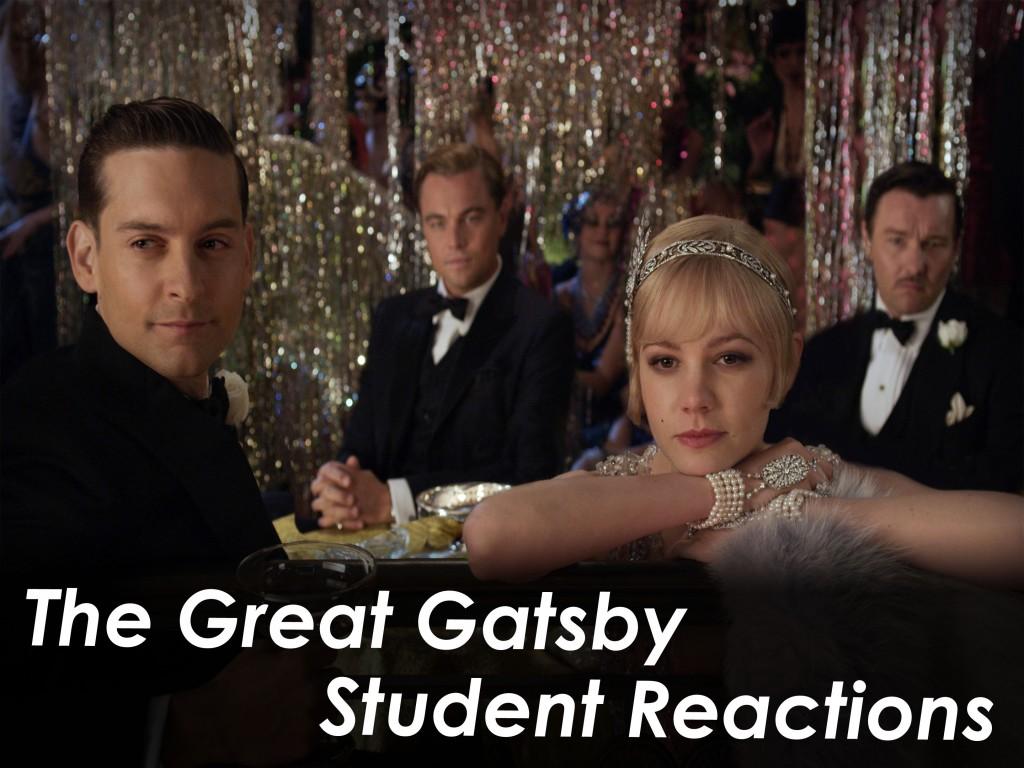 “The Great Gatsby” by F. Scott Fitzgerald, which has been part of the Junior English curriculum for quite some time, tends to be a favorite among students. The premiere of Baz Luhrmann’s 2013 adaptation has allowed students the opportunity to see the pages come to life in a modern and glamorous way.

Since the movie opened Friday, May 10, there has been much discussion on whether or not Luhrmann and his cast filled Fitzgerald’s shoes.

Jordyn Patterson ’14 loved the novel and its complex characters but had a small criticism of the movie.

“I think the movie was too long,” said Patterson. “They changed a few things from the book, but overall they stayed pretty true to the plot in the movie. It was filmed in a really cool way; the set was amazing and the flapper dresses were gorgeous; the movie almost had a futuristic feel even though it is set in the 1920s.”

Julia Saveliff ’16 preferred the film to the novel because of the sensory experience it brought.

“The actors were all perfect for their parts, and the music was amazing,” said Saveliff.

Jill Rappaport ’13 explained how her favorite part of the movie was that she got to see the story come to life and see how Luhrmann made each scene elegant and glamorous.

“It was cool to see how the director pictured certain things,” said Rappaport “I never pictured the Buchanan’s house to look how it did in the movie.

Although she generally prefers books to the movie versions of them, Patterson said, “The book is always better, but I enjoyed watching it come to life on screen.”