Players to Perform ‘Rent’ This Summer 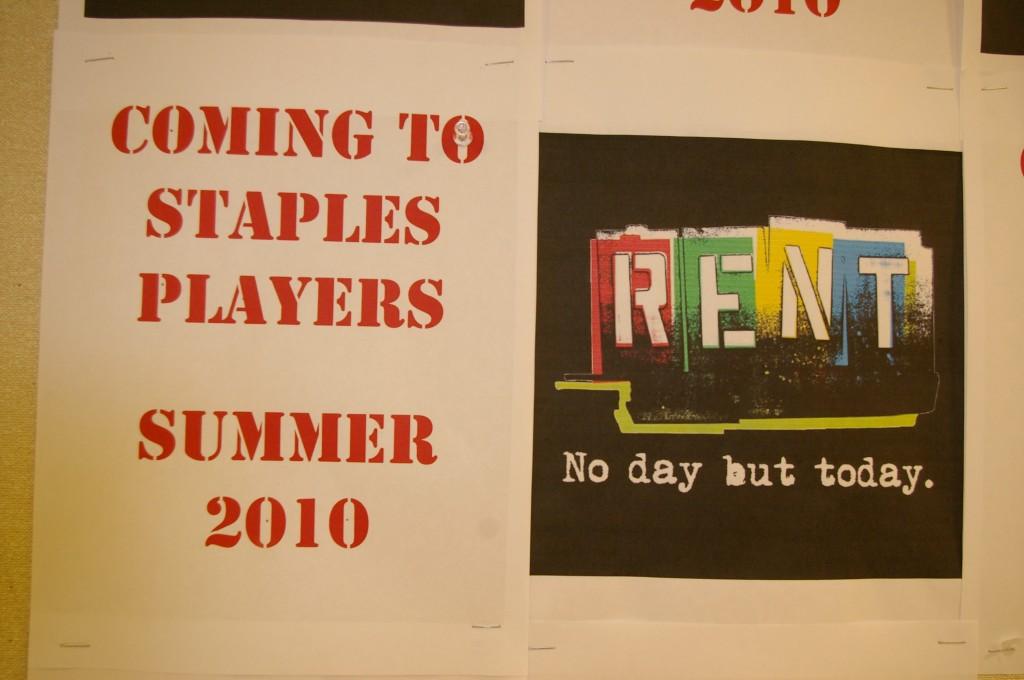 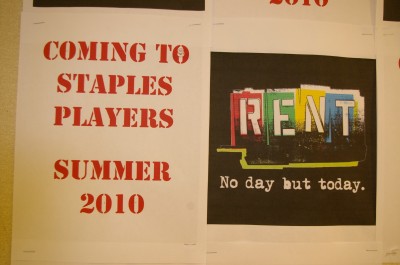 The Broadway musical and 2004 screenplay is about to hit the Staples stage this upcoming summer. This July, the Staples Players are taking on “Rent” under the direction of David Roth and his wife Kerry.

Since the beginning of April, the play has been underway. Incoming freshmen and sophomores auditioned in April and already know their role in the play or if they did not make the cut.

For upperclassmen, however, the cast list comes out June 4. Most juniors and seniors have been working hard to make it in.

“I haven’t found out my role yet, along with others, but I have been preparing my audition since December,” Peter Molesworth ’11 said.

Unlike an in-school play, the summer shows typically cast everyone because of a fee to participate. Last summer when the cast put on “Grease” everyone who paid made it into the show. Rent is a very specific type of show, so underclassmen have to audition before they pay this year.

However, the real work begins in the summer. Without the stress of school, the actors can really focus on the work ahead of them. Rehearsals are 2:00-5:30 Monday through Friday, and run later as the play approaches.

“Students can get a job during the day and go out after rehearsal. This ultimately gives us a real feel of the ‘real world,’ aside from the fact that you pay to get in,” Peter Molesworth ’11 said.

Since the play is in the summer, college students are even able to come back and participate. Although it is a rare thing to do, the Players welcomes anyone back, or moving into the program, such as incoming freshman.

Audrey Twitchell, a junior and current student at a performing arts school in New York, has traveled back to Westport the past four summers to perform in the play.

“I really look forward to the summer theater program at Staples because I go to school in the city and don’t have a chance to participate in Staples Players during the year,” she said.

Even in the ‘off-season,’ the Staples Players work hard at perfecting the shows they perform. Rent is currently in its beginning stages, and with the help of Mr. Roth, and the cast, the hard work will not be unnoticed locally and outside Westport.

“You can’t beat the professionalism and first-rate experience you get by doing these shows with Mr. Roth, and the facility is obviously a pleasure to work with,” Twitchell said.