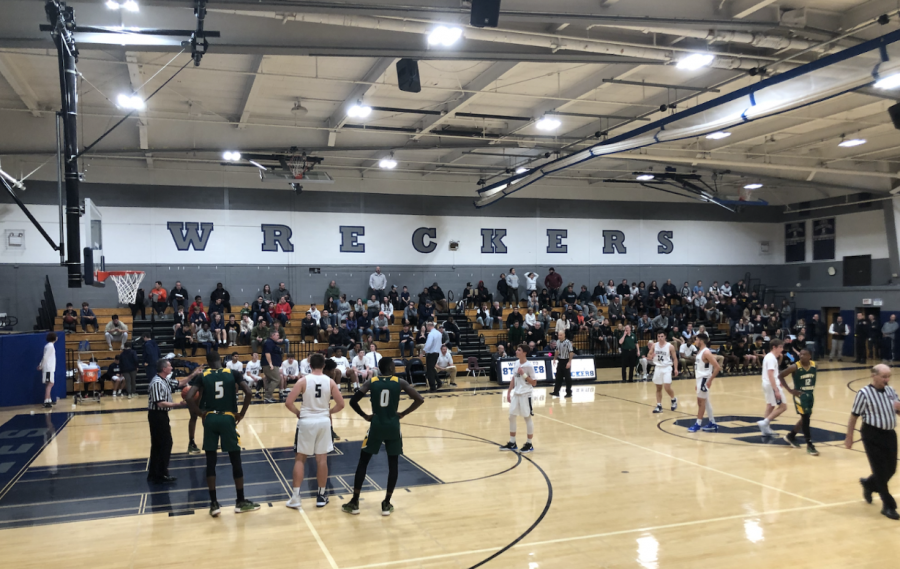 March madness came early as captain Jake Thaw ’20 and the Staples Wreckers took down Trinity 66-59 on Jan. 10 to pick up their seventh win.

The Wreckers took an early lead as they were up 15 after the first quarter. Lucas Basich ’21 led the Wreckers with 23 points while connecting on six 3-pointers.

“We shot lights out tonight. One of our best shooting performances of the season,” Basich said.

“After my first couple steals, I wanted to apply more pressure on them,” Feur said.

With two minutes remaining in the fourth quarter, Trinity began to make a comeback as they hit four consecutive 3-point shots, bringing the difference within 3 points.

But late in the game, Thaw hit two free throws to put the wreckers up 5 with 10 seconds left.

“The reason we won this game was due to players staying after practice and shooting free throws,” Derek Sale ’22 said.

The Wreckers will play Norwalk on Jan. 14 to continue their undefeated season as they rotate deeper into their FCIAC schedule.