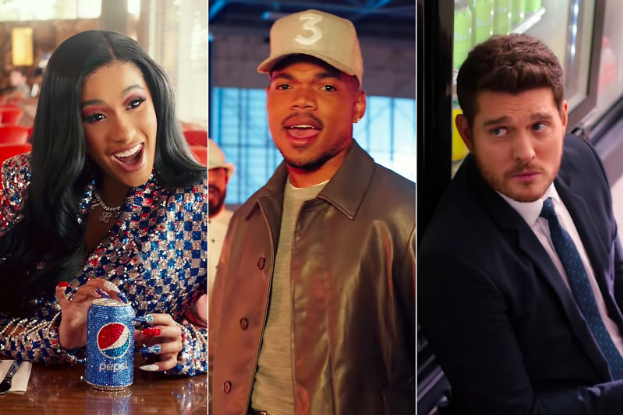 Many companies with commercials for Super Bowl LIII switched their policies by releasing their ads on Youtube for free, around 48 hours before the big game. This allowed everyone to have the chance to watch the commercials that they were interested in beforehand and gave the companies with the commercials some extra publicity. I personally believe that this helped out both sides and will be continuously used in the future.

Watching the Super Bowl in the past, it was always a question when to go to the bathroom or refill the snacks and drinks. However, now, with the commercials previewing early, practically anytime there is a break in the action qualifies as a good time. This is because any commercial that is necessary to watch has already been seen or can easily be looked up and viewed online.

Although I was aware of the early releases, I didn’t get the chance to see every commercial that I wanted to before the game. At the same time, I knew that I didn’t have to watch all of them because with family and friends watching in the other room, I could tell based on their reaction if one was worthwhile. By asking which ones were worth watching, within two clicks I could have it loaded up quickly on my computer. This is great as a viewer because it is reassurance that nothing is being missed whether it’s the game or commercials.

At first glance, this idea seemed a bit peculiar coming from major brands to give away their video for free when they are paying anywhere from $5.1 to $5.3 million to air it during the Super Bowl broadcast. But when looked at in detail, the companies wanted to offer another way to watch their advertisements and spread the word. For example, Amazon’s ad picked up almost 50 percent more viewership from all of the online views. At the end of the day, the money they pay for the ad is a sunk cost, so why restrict it only for the people who watch the Super Bowl?

As this was a success this year look for it to continue in years to come. The viewers were able to not watch television for three hours straight with the fear of missing out on a historic commercial, while the brands were able to create more publicity and attention to their product.