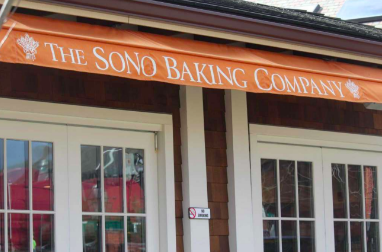 The SoNo Baking Company & Cafe, located in downtown Westport, is set to close its doors permanently within the coming months after two years of business.

The restaurant is known for its freshly baked breads and pastries, though customers can also purchase foods such as eggs and paninis on the cafe’s breakfast and lunch menus.

Upon hearing of the restaurant’s closing, Westport residents generally seem shocked and disappointed, as many have become regulars at the cafe.

“I try to make it to SoNo Baking every Sunday for brunch,” Hannah Roseme ’18 said. “It’s a great environment, and the food is always fresh. I don’t know what I’m going to do when it closes.”

Though many frequenters share Roseme’s view, there are some residents who were not as shocked to hear the news.

“I’m honestly surprised they lasted this long,” Nick Hooper ’17, a former employee of the SoNo Baking Company & Cafe said. “It was relatively empty most days.”

Yet, for those who remain upset about the cafe’s closing, there are other options to choose from. In addition to Westport, the restaurant has locations in South Norwalk and Darien––both of which are, for the moment, set to remain in business.

As for the cafe’s current employees, they will make the transition to either South Norwalk or Darien, according to Westport News.