Fiery crash on I-95 results in fatality, heavy traffic 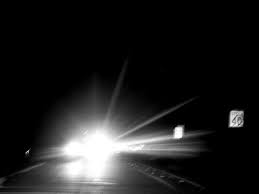 At approximately 6 p.m. on Sept. 28, a sewage-carrying tractor overturned and collided with a car near Exit 17 on I-95 Southbound, causing the truck to go up in flames and the Connecticut state police to shut down the stretch of highway between Exits 18 and 17.

According to News 12 Connecticut, police have confirmed that there has been one casualty, though they have not confirmed whether that person was the truck driver or car driver.

In addition to the heavy traffic that developed on I-95 Southbound, the crash and subsequent closure also caused an influx of drivers in Westport.

“I tried getting out of my house to go get dinner, but there was way too much traffic,” Teddy Lawrence ’17 said. “I had to turn around.”

David Scrofani, a member of the physics department, was also affected by the traffic on his morning commute, stating, “It normally takes me around 20 to 30 minutes to get to school. Today, it took me an hour.”

This is despite the fact that after nearly ten hours of closure, police reopened the impacted lanes as of around 5:30 a.m. this morning.

It is unknown if there have been any additional injuries.