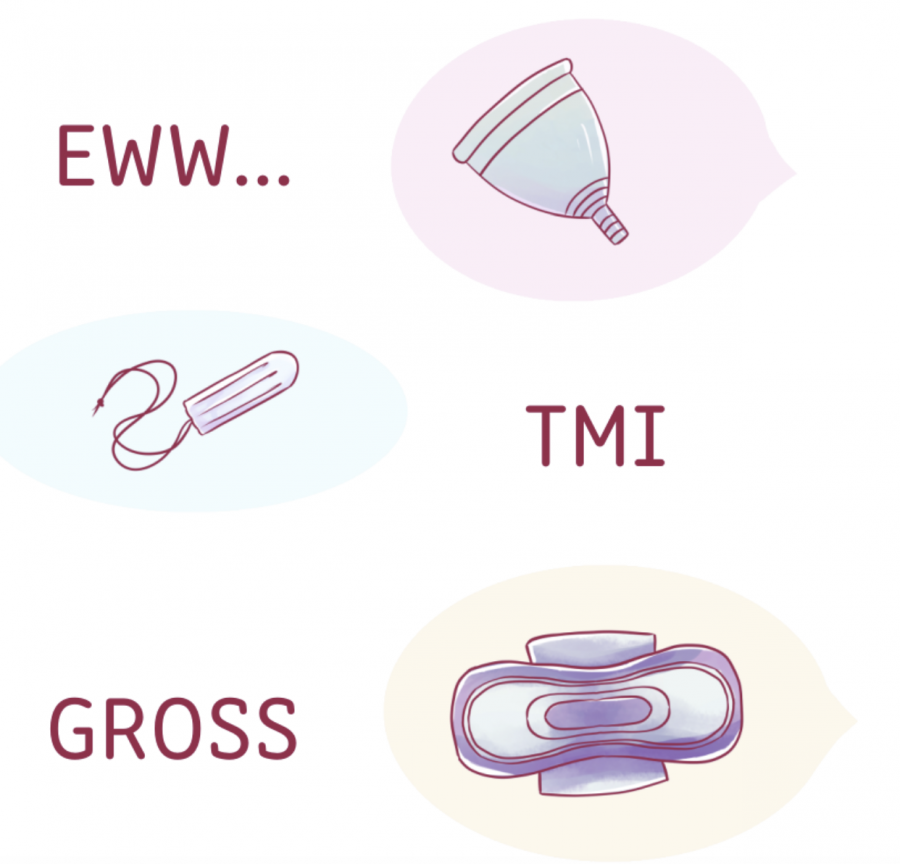 Graphic contributed by The Cascade

With all the progress made for equality and tolerance, period stigma still remains as an outdated habit that makes people with periods uncomfortable with their body.

As I entered high school, almost everyone had their period and, finally, it wasn’t so taboo to talk about. We exchanged period stories like friendship bracelets, making sure to whisper so that no boys could hear. I didn’t fully understand why, in 5th grade, the boys and girls were separated when learning about puberty to protect everyone’s “innocence.” Or why they would plug their ears when I asked a friend for a tampon. I always felt so ashamed of my period. There was this stigma of humiliation and oppression around it that I just couldn’t seem to shake.

As a current junior in high school who has now had their period since sixth grade, I still hide my tampon up my sleeve in hopes that nobody will see. I still get told, “it must be that time of the month” when I’m in a mood or seem to have an opinion about just anything. I still get told, even by my father, that boys shouldn’t have to hear about periods; they’re gross and they don’t want to know.

Boys, take 10 minutes out of your day to learn about what girls actually experience during their period, and how periods give us the ability to bring life into this world. Periods are made out to seem like this daunting, gross thing when really they are a bodily function that many women go through. I’m not asking you to say sorry to me or buy me flowers, I’m just asking that you understand what we experience and learn to be an ally.

So to anyone who is grossed out by periods, or feels a lack of education regarding menstruation, let’s talk about it. Let’s talk about how the stigma surrounding periods makes girls feel uncomfortable.

It’s not something to shame anyone for.

So, have an open and honest conversation about periods from a young age. As a community, we must work to teach all genders about the importance of breaking the stigma around periods and helping to empower girls and women to feel comfortable in their own bodies.