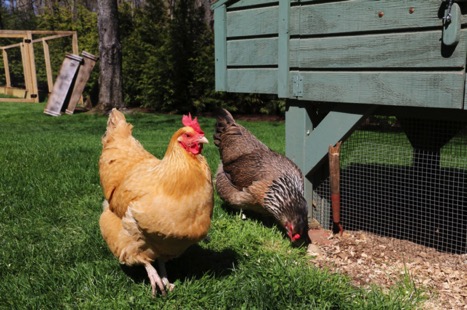 PECKING AWAY The O’Neills make sure their chickens receive lots of care, including cleaning their coop, refilling their water and checking that they are healthy.

The day starts out for Matt Johnson ’16 much like it does for many Staples students. He wakes up, takes a shower and proceeds to finish a few menial chores before leaving the house for school. Shaking off the grogginess of sleep, he quickly makes his bed and throws dirty laundry into the hamper before finally reaching into his pantry for petfood, the final step in his morning routine.

However, it is at this moment that his morning routine diverges from the norm: unlike many other Staples students, Johnson doesn’t have a traditional cat or dog. He has a tank full of piranhas.

“It kind of started out as a joke, but after a few weeks of research and a lot of hours of trying to convince my parents, I had finally gotten an entire tank of piranhas,” Johnson said.

Joe Pravder ’16 purchased a small flock of chickens a little over a year ago and quickly learned that the effort of owning an unusual pet can hold great material benefits.

The Pravders particularly enjoy eating their chickens’ eggs. “It’s really became a staple of my familys’ diet, and I’m sure my mom is happy not to have to pay for eggs every time she goes shopping,” Pravder said.

When confronted with the idea of eating the chickens themselves, Pravder rebuked the idea.

“My chickens are friends,” Pravder said. “Not food.”

Griffin O’Neill ’17 agrees. “We use the eggs for lots of different things, whether it’s cooking food for ourselves, donating them to a homeless shelter or giving them as gifts to friends,” O’Neill said. 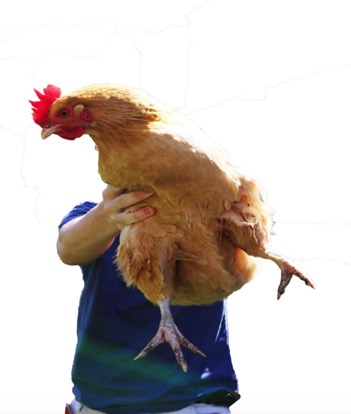 Photo by Channing Smith ’17
CHICK MAGNET Griffin O’Neill ’17 shows off his favorite chicken, Buffy, one out of the flock he has housed on his property for the past three years.
In a town that is at times known for conformity, a select few Staples students, including Johnson, stand out from the rest by rejecting the usual cat and dog status quo and choosing to own animals that contrast typical expectations, whether it be for practical purposes or otherwise.

Harry Garber ’16 takes great pride in his unusual pet, a formerly stray lizard that he domesticated and adopted as his own. “I found Treecko when I was a little kid and took care of him for thirteen years,” Garber said. “It added a whole new meaning to being a pet owner since I found him and taught him how to live in the house; it almost made me feel like a parent since I literally potty trained him.”

For some individuals who take pet ownership to the extreme, however, balancing the thrill of the exotic with the cost of ownership is difficult to manage.

“It sucked because you have to find special stuff for unusual pets that are usually expensive and out of the way. It’s much easier to have a dog,” Johnson said.

Despite this, some Staples students have learned that exotic pets can be not only enjoyable but even profitable for the owner’s family.