Laifer marches to the beat of his own synthetic drum 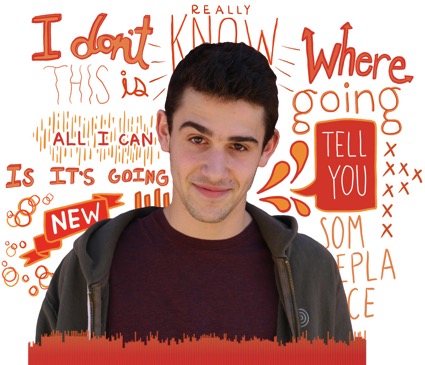 Photo and Graphic by Channing Smith ’17

Attention all Soundcloud users: there is a new jam you have to add to your tracks, playlists or reposts. Remy Laifer ’17, Staples Players actor and vocalist, has released three songs on Soundcloud and has shown that his talents stretch even further than his singing, dancing and acting abilities.

On Sunday, March 28, Laifer displayed some very impressive DJ talent on his latest song release, “Cumulus.” He categorizes his new track as down tempo electronica, and  he created the rhythm as well as the beats and sounds for the song. His brother, Ellis Laifer ’15, is more familiar with the program and has been making music longer, helped him produce the song by fixing up the electric piano solo in the bridge, and a few drum problems.

“Remy takes everything in stride and has so much pride in his work. He is a fantastic actor, a great vocalist and a solid dancer. I really like his new song; he’s got it all,” Vignesh Namasivayam ’16, president of Staples Players, said.

“To make the beats and sounds I used a keyboard, connected it to Garage Band and started playing. It is hard to think of a starting rhythm, but once you have it, it becomes much easier,” Laifer said.

The song starts off slow with basic beats for the first minute. Then around 50 seconds into the track, Laifer sings the chorus. After the chorus, the bass drops, and the beat gets really uptempo and intense for 40 seconds. Then the tempo and the beat change completely back to a slower rhythm, composing sounds similar to a saxophone and a piano. This slower rhythm ends up getting gradually faster until the song revisits the beat playing when the bass drops earlier in the song.

The only lyric in “Cumulus” is, “I don’t really know where this is going, all I can tell you is it’s going someplace new.” According  to Laifer, he doesn’t know where making music can take him or if it ever will take him some place, but he enjoys doing it and it is all new for him.

“I have always wanted to make music   ever since I saw  my  brother do it. So I guess in a way he was my inspiration,” Laifer said. 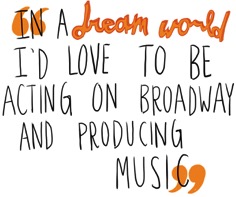 His brother, Ellis Laifer is a very talented singer and guitar player; he sung “Stop this Train” by John Mayer, with Noa Wind ’15 at last year’s Bachelorette. Ellis is currently in an acappella group at Bowdoin College, and his ultimate dream is to perform his music in front of a sold out venue somewhere. He also released a really cool acoustic song on Soundcloud called “Waves”, three days before his brother’s most recent song.

“I think I inspire my brother to make his music, and he inspires me,” Ellis said.

With no real musical background in the family, both brothers credit their musical abilities to their mother enrolling all the Laifer siblings in instrument lessons.

Laifer wants to go to college and study theater, but he is also entertaining the idea of taking music classes depending on what opportunities his future college will offer.

“In a dream world, I’d love to be acting on Broadway and producing music,” Laifer said. “But I will be the first to tell you that that is a hard proposition.”