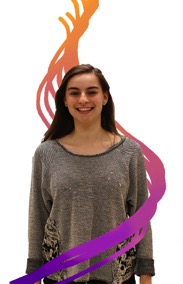 “Players definitely helps you find yourself and build up your confidence,” Caroline Didelot  ’16 said. “It takes a lot of guts to go on stage in front of hundreds of people and sing/dance/act. I think Players [has] helped me become comfortable in my own skin and happy with who I am/have become.”

Didelot has been acting and performing since middle school and loved it so much that she knew she wanted to continue it throughout high school. Didelot explained that she will be majoring in musical theatre next year and couldn’t have done it without her experience in Players.

Namasivayam has a slightly different role, as Assistant Director and President of Staples Players, he sits in on rehearsals and takes notes, writes down blocking and offers his own perspective on scenes. “I think I’ve learned about my abilities as a leader,” Namasivayam said. “I also think that sense of being a community is something I’ve learned to love.” Two to three times a week, Namasivayam will be found in his own rehearsals with the actors. He aspires to be a producer and Players has assisted him in coming closer to this goal.

Aaron Samuels ’16 has participated in Players since freshman year and noted that throughout his four years, his most memorable moment was during the show “Avenue Q.” 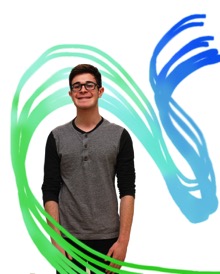 “A few upperclassmen were messing around backstage with the puppets used in the show in addition to a plastic foot long toy horse,” Samuels said. “I won’t go into details, but the idea of having so much secret fun literally 10 feet behind some of our peers entertaining a packed Staples auditorium was (and still is) awesome to me.” However, Samuels explains that, had any noise been made and audience members distracted, he would have a very different memory of the event.

Although the curtain may be closing shortly here at Staples, the show is just getting started for many Players. Namasivayam will be pursuing theater studies at Yale University and Didelot will be continuing acting. Samuels is going into college open minded and unsure of whether he will be continuing acting or not, however, something he is certain of is that “a whole lot of skills [he] learned on the stage, like a willingness to make bold choices and a strong work ethic, will stick with [him].”

David Roth, the director of Staples Players, has been working with these students for years now and explained that he has noticed enormous growth in them. “The classes ahead of them were very strong and I was originally afraid that they would have difficulty emerging from their shadow, but they came through with enormous success,” Roth said. “They have exceeded my expectations and I have loved watching them mature into mature artists.”

“I’m going to miss how fun it is to put on a show with some of your closest friends,” Didelot said. “Being in an organization like Staples Players is something you can never really forget.”