Potential overturn of Roe vs. Wade wrongfully strips women of their human rights 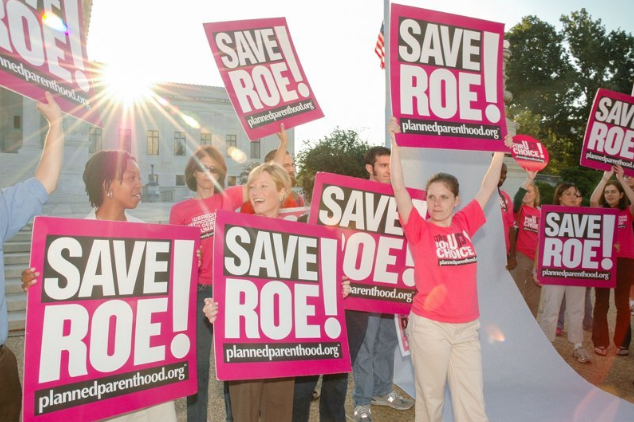 Photo by The Gators Eye

The Supreme Court case Roe vs. Wade may be overturned, taking away necessary reproductive and human rights for millions of women across America.

For decades, women have been granted their right to decide what happens with their bodies, specifically regarding abortions. But now, that right is under attack. Currently, the male dominated Supreme Court could bring women across America back to a time when their decisions were no longer theirs to make.

When the leaked draft opinion stating that the Supreme Court case enabling women to choose to get an abortion, Roe vs. Wade, could potentially be overturned, a pit of dread and panic formed in my stomach. My mind filled with anger, disgust and frustration. I thought to myself: how messed up does America have to be to take away a basic human right in 2022, 50 years after it was granted?

This overturn would not only take away the right for a woman to have bodily autonomy, but it allows for a woman to be seen as less than human. By taking away a woman’s right to choose what they do with their own bodies, she has no choice but to carry a pregnancy that prevents her from living the life she wanted.

Abortion is a sensitive topic, and many factors are involved in a woman choosing, or not choosing, to receive one. In some cases, women look to get an abortion because they feel they are not ready to care for the potential child they are pregnant with.

For pro-lifer’s, this reasoning should resonate with them; if a woman is getting an abortion to prevent a bad life for a child, that choice is inherently pro-life. However, those who see abortion as murder, fail to understand that in many cases, abortion is helping an unwanted and potentially uncared for child and fail to understood how the currently living woman who is going through an unwanted pregnancy feels.

No matter the reason, the choice of getting an abortion should be free to the person that is pregnant. The difficult choice that a woman may make does not belong to the governor of her state or the justices’ of the Supreme Court. It doesn’t belong to anyone but her.