A teenage girl’s view on society: Competition is the thief of creativity. 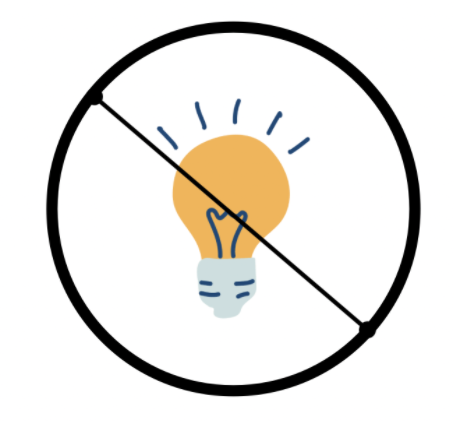 Through comparing differing individual ideas with one another, creativity is then stripped of its purpose in order for one idea to be considered “better” than another. Society must respect each creative individual perspective and name no one better than the other.

After listening to 20-year-old Youtuber Emma Chamberlain’s podcast, “Anything Goes,” on Spotify, I seemed to have a revelation about the concept of competition and its prominent role in diffusing the spark of creativity in today’s society.

Growing up as a competitive gymnast, I was raised with the notion that competition is a driving force that  pushed me to succeed in every element of the sport. Although this may be true, the concept of competition and how it is used to pit the ideas of creative minds against one another is outrageously unfair.

Unlike a competitive sport such as gymnastics, track or basketball, creativity cannot be confined to something as simple as who ran the fastest or who scored the most points. For each individual  person, there is a certain  passion and time they put into crafting something intricately unique and intertwined with their own perceptions. What is so amazing about  art is that a million different people can interpret the same piece in millions of different ways. No art is identical, nor is it able to be understood exactly the same way by various audiences.

So, how is it fair that two completely different pieces of art are able to be held up to each other and for one to be labeled as “better” than the other, when the deciding factor is all up to opinion? What makes a certain person’s creative and personal idea more beautiful than anyone else’s?

Take the Grammys, for example. Although the awards are split into categories like the best album, best new artist and more, a piece of art  that an artist created is then compared to the others in said section. It is not fair to compare various songs and grant one with the title as “the best” because what determining factors decide that? Each artist put their creative energy and effort into creating a song, only for it to be inaccurately compared to something entirely different.

Where I seem to resonate with this idea most is in my own academic life throughout high school. Reflecting on some of my work for classes like history or English, I am not proud to admit that I have found myself stripping my own creativity from the work I produce in order to fit acceptable grade standards. By watering down my own creativity and thoughts to fit a deadline or receive a higher grade I have begun to strip myself of my own vibrant intellectual curiosity.

Overall, the competitive atmosphere at Staples also reinforces this idea as each student seems to undergo the same pressure I put onto myself. Majority of the students here hold themselves to an extremely rigorous academic standard. We compare our own personal ideas in the classroom to one another and deliberately wait on the teacher to decide who will receive the higher grade.

In this circumstance, students at Staples worship teachers like some higher force, where our future’s are in their hands. This only adds to the pressure we put onto ourselves, and truly makes me ponder the idea of how one is able to decide between two separate intellectual perspectives.

It is nearly impossible for a student to branch off and indulge in their own personal interests in a class because teachers confine them to a certain rubric that they must follow precisely. In writing this, I hope to not only push others reading this to embrace their curiosity and indulge in it, but to push myself as well.