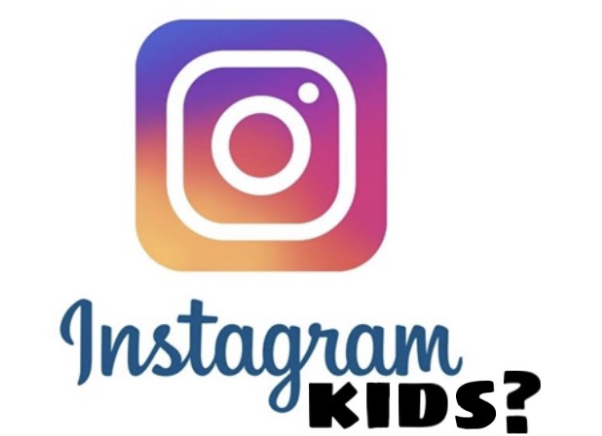 The popular app Instagram recently pressed pause on their mission to create a kid-friendly version of Instagram for users younger than 13.

In March 2021, Instagram released their idea of Instagram Kids on an employee message board. Instagram Kids, a safer and more controlled version of the original app, would be made specifically for users under 13. However, the mission was paused on Sept. 27 due to backlash about the new platform being unsafe for children according to Instagram’s head Adam Mosseri.

It is a mistake to stop the production and release of a child version of Instagram because it would provide young internet users with a version of the popular app that includes a supervised and all around safer environment. With this app, it will lead to great change in the future of young teens’ lives as it will shield them from the harsh realities of social media early on.

Growing up as someone who had Instagram and all other social media since a very young age, I feel the direct impact that social media brings upon girls. Jealousy, anxiety and self-consciousness are main feelings that I can associate with Instagram. I agree with the app’s mission to release a project such as Instagram Kids as it could prevent these feelings from developing within young children.

The concept of Instagram Kids holds many of the same attributes as the original, except that it gives more control and supervision to parents, Mosseri mentioned. Parents would have the power to make sure that the child did not lie about his or her age and that the content viewed on Instagram Kids remained age-appropriate.

However, I also understand why Instagram has pressed pause on the release. The Wall Street Journal is one of many sites to conduct studies on the negative effects of social media, specifically Instagram, which has led to skepticism of the release of a version of this app for kids. According to Facebook, which runs Instagram, the pressure that Instagram has faced from experts and parents is immense. By taking time to hear out concerns, Instagram Kids is able to become even safer and more accurately designed for young teens.

I am excited to see what the future of Instagram holds regarding making their brand a less-toxic space, and I am hopeful that other major social media corporations follow their footsteps in the future. The stress and insecurity that I, just like many of my peers, have faced when growing up with Instagram are feelings that tweens of the future should not have to experience. With Instagram Kids incorporated in their already internet-oriented lives, we can preserve future generations from the mental health issues social media has caused us.