Acne shouldn’t be taken at face-value, when issues can lie beyond the skin 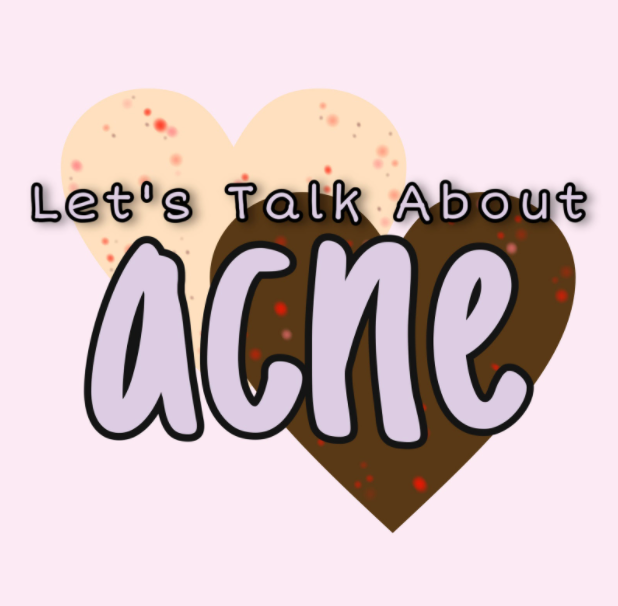 Acne, although common, is not talked about often enough and the struggles that having acne can cause need to be further understood.

It sticks out on my face. It’s one of the first things I obsess over when I look in the bathroom mirror each morning. Even with my mask up, I’m still embarrassed and in shame over what lies beneath. I lay in bed some nights wondering what it’ll take to have clear skin: a magic pill? A wish granted by a genie? Despite how common it is, I can’t help but feel alone in my battle.

I’m talking about acne, of course– something every teenager dreads. The skin condition is simply known as ‘clogged pores’ is experienced by almost 85% of all teens. As I said, it’s common, not out of the ordinary, and it is true that the stigma around it has lessened. Yet the stigma remains for those like me, whose condition is far more than ‘clogged pores’. This is why, despite how caring and understanding others can be, they’ll never have a true understanding of the struggles that come with battling serious acne.

Even adults seem to miss the point. After explaining my skin journey online, I had a dermatologist message me saying they disagreed with my dermatologist’s diagnosis, and that their skin got better over time, so mine will too. As humans, we tend to judge things out of our control. It could be due to insecurity, fear, or arrogance, but most of our judgemental nature comes from confusion. Since not everyone suffers from acne, levels of understanding and knowledge around it differ from person to person. Empathy and comments lose their meaning because of this, which is why we need to build a better understanding of acne and its subtypes.

Acne can be caused by genetics, sweat, stress, facial products and much more. It is rarely ever seen as anything abnormal. After struggling with acne for almost six years now, I’ve realized that some causes for acne are beyond the skin. Because I’m so young, my acne has always been treated with the belief that it was caused by oils or hormonal fluctuations. After visiting a new dermatologist, though, I was informed that I had adult female acne, caused by hormonal imbalance.

Of course, hearing that my acne was more serious, as it could have something to do with my hormone levels, made me upset and embarrassed. While completely out of my control, I still blamed myself for my skin being awful. I was even more embarrassed to admit it to others.

Even if it’s just acne, I knew it would be frustrating trying to explain why my acne is the way it is. After all, I was already judged for the splotches of zits across my face, would I be even more criticized if others knew I couldn’t control it?

My dermatologist told me that she couldn’t make my acne go away, yet she could make it so my acne isn’t such a bother anymore. As disappointing as it may sound to some, I was glad that she was honest about my skin, and felt more hopeful for the future. Knowing that it was something I would have to learn to love, accept and live with forever helped me cope and better care for my skin. This was a big step for me, and a step I think everyone should take: there are some parts of us that are unchangeable and irreversible, yet are still a part of what makes us unique.

With acne stigma settling down, education needs to be reinforced, too. Acne shouldn’t be known as a ‘teen issue’, it should be understood as something that’s different for everyone. Teens should feel informed and confident in explaining their skin to others. Although acne isn’t seen as serious to others, it’s importance in my life is why I’m so adamant and determined to spread awareness.