Reopening economy will save more lives than national lockdown 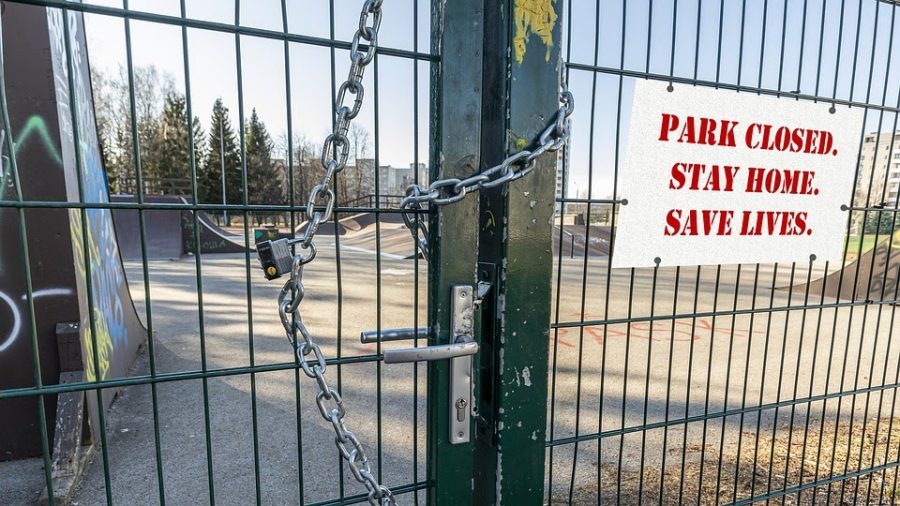 As the US reaches its third month of quarantine and as unemployment continues to rise, we need to start thinking about getting our economy running again.

It’s been three months since Staples closed its doors in response to the outbreak of the novel coronavirus. Staples students, Westport residents and essentially the rest of America have locked up and stayed in their homes as shelter-in-place orders have swept across the nation. With the exception of essential services such as grocery stores, gas stations, restaurants (only with curbside pickup) and several other services, most of America’s businesses, small and large, have been shut down.

Due to the fact that the Chinese government covered up the spread of COVID-19 in the Wuhan Province until the situation escalated to a pandemic, the rest of the world has to deal with China’s intentional negligence (keep in mind the CCP did the same thing during the early 2000s with the SARS virus, but that is a whole article in itself). As a result, most of the world including China and the United States have shut down their economies, public facilities, have enforced stay at home orders and have taken drastic measures in an effort to “flatten the curve” (to prevent an overload of domestic health systems).

However, in the process of mitigating the spread of the virus, we have become tunnel-visioned and I believe we have reacted irrationally without thought of how to get our country back to work. According to USNews, one in four Americans are out of work. In addition, CNN tallied that by April 30, 30 million Americans had filed for unemployment.

The question I and many others are asking is how is this lockdown and reaction to the pandemic sustainable? Unless we open up soon, a significant population of this country will be completely out of work, unable to feed their families and unable to pay their rent.

There is a suffocating culture of fear around this virus. Anyone who dares to ask questions about when they can get back to work are condemned by virtue signalers who shame them as anti-old-people, pro-death, irresponsible and more. This is no way to have a conversation as we can’t be blinded by this virus–we need to start discussing how to get Americans back to work.

According to Spiked, a British publication, the UK media class has been lecturing citizens not to go outside, “don’t be a burden” and stay inside. It seems that not just in the UK, but in the US as well as many other nations, the fear behind the coronavirus has given birth to a new culture of conformity. If you don’t follow the government and media word for word, if you don’t stay inside, if you don’t wear your mask (which there have been debates about the actual effectiveness of this practice) you’re dangerous and a social outcast.

One country that has taken a different approach to the lockdown situation is Sweden. I was surprised to find Sweden to be the nation to keep their economy open and develop herd immunity, as the nordic country has a dominating liberal and “social justice” culture. In fact, I would assume Sweden to be one of the countries to impose more strict coronavirus mitigation policies.

Despite all of this, Sweden has kept its economy open, has not enforced a widespread lockdown and has not imposed tremendously strict measures of control on its people. The man behind Sweden’s COVID-19 response is Anders Tegnell, Sweden’s state epidemiologist.

In an interview moderated by the president of the International Center for Journalists, Joyce Barnathan, Tegnell elucidated the rationale behind the Swedish response. “We start throughout using the methods we always use in public health, having sort of a conversation with the public, putting a lot of trust in the public and giving a lot of responsibility to the individuals which is exactly what our communicable disease laws are telling us to do.”

As you can see, contrary to the US, UK, New Zealand and many other nations, Sweden has put more trust in its people to make healthy and smart decisions. It didn’t shut down its economy and didn’t force most of its people out of work. In fact, what Sweden actually did was formulate a response that can be sustainably maintained for months, if years to come.

“The Swedish strategy is sustainable for a long, long time,” Tegnell said. While we will need to analyze Swedish statistics on deaths and contractions of the virus after the situation dies down to get a clearer picture, I would make the bet that the Swedish response is saving more lives than shutting down a domestic economy would.

I do agree with the argument that we cannot simply reopen the American economy in one fell swoop. We must open up our economy in stages and get our citizens back to work. What is very important to note about the Swedish response is that Sweden was very proactive in the fact that it analyzed the industries and places with highest transmission rates, such as restaurants in Italy and Austria as they formulated their own response.

Tegnell’s response focused on not locking down their whole economy, but minimizing transmission so as to not overwhelm their national health system by focusing on the areas that carry the highest rates of transmission. We know that the big businesses will survive but with no revenue, small ones don’t have the savings to keep afloat.

Life will go on and more of these pandemics will occur in the future as they always have. The United States as well as the world has a lot to learn from the coronavirus pandemic. Next time,  we’re going to need to come up with a better response because a shutdown such as this is definitely not sustainable nor the best solution