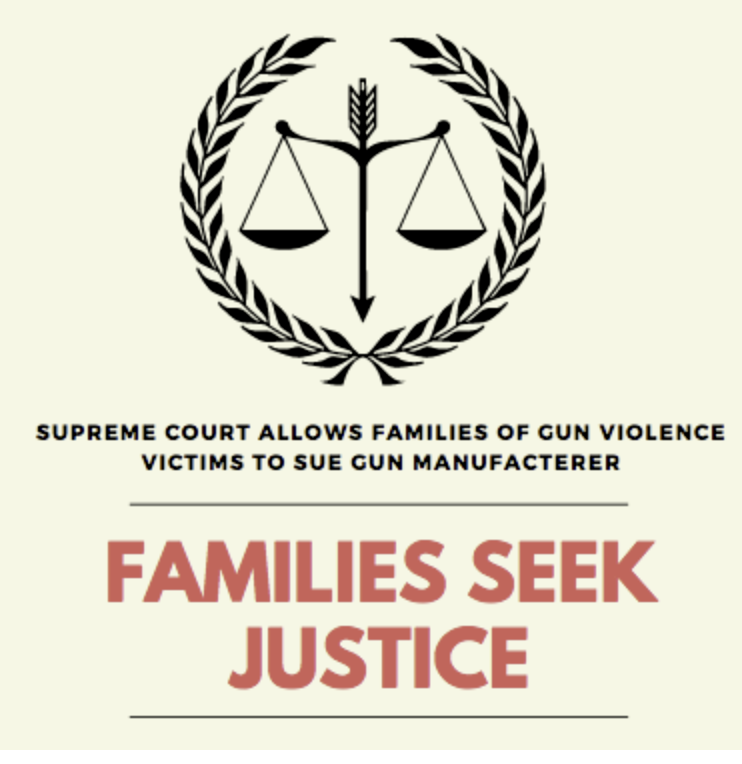 America has a complex history of making, selling, buying and using guns, and our laws reflect our disagreement. There are several laws that conflict over the highly contentious and partisan gun control debate that gained steam in the recent decade. For example, the 2005 Protection of Lawful Commerce in Arms Act protects gun manufacturers from prosecution over misuse of their products. But this is now being challenged.

The Supreme Court ruled in Remington Arms Co. v Soto on Nov. 12 that families of the Sandy Hook shooting victims could sue Remington Arms Company, the manufacturer of the military-grade assault rifle used by the shooter, by denying Remington’s appeal to block the lawsuit. This ruling is a great step forward in seeking justice for families of mass shooting victims. Hopefully it will set a precedent for the families of gun violence victims to continue to sue gun manufacturing companies.

The Court argued that although the Arms Act states manufacturers of assault rifles cannot be held responsible if their products are used for ill, Remington advertised their products in such a way that made it appealing to users that would be doing harm, which is an exception to the Arms Act. The Court is not allowing Remington to be sued for making the gun, but for knowingly marketing and promoting the gun in advertisements that showed the gun being used maliciously.

This is similar to when cigarette companies knew that their products caused cancer, but knowingly sold their products to the public anyway, just to make a profit. Such unconscionable actions must be punished.

Some might argue that suing the company is useless in seeking justice for the terrible tragedy, because Remington didn’t pull the trigger. But Remington made it overly appealing to brandish their weapon, knowing that it had the capability of carrying out a military-grade attack.

It could also be argued that allowing the families to sue Remington is like allowing families to sue car manufacturers after having a loved one die in an accident. But guns are not the same as cars. Cars are engineered to transport us from point A to point B as efficiently and safely as possible. Car manufacturers go out of their way to minimize as many casualties as possible, which is why they are referred to as accidents. In addition, car commercials don’t show the car accidents as an incentive to buy the car.

Guns, on the other hand, are designed for the sole purpose to kill. Manufacturers do not take efforts to reduce casualties, because casualties are the purpose of their instruments. Remington creates guns with the intention to harm others.

Because the Supreme Court has denied Remington’s appeal, the lawsuit will return back to Connecticut state courts for a ruling.

Remington must be held responsible for knowingly advertising a disproportionately deadly weapon that they knew could carry out a mass shooting. This ruling delivers justice to the families of the Sandy Hook shooting and will hopefully inspire other families of victims to effectively take down gun manufacturers, or at least the way that they advertise their products.