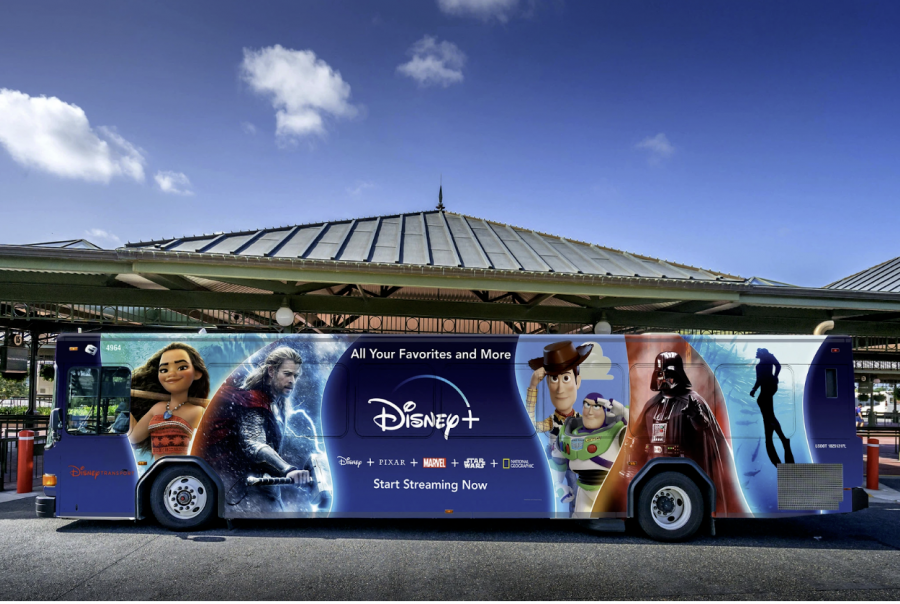 Disney+ will be joining the ranks of streaming services on November 12, 2019. For many, this addition just adds to the preexisting “streaming overload."

I often think about how one day I’ll tell my children about VHS movies. I’ll tell them about how I once had to slide the chunky boxed movie into the slot and watch the ‘coming to theaters near you in 2005’ ad.  They will look at me in astonishment and have no idea what I’m talking about.

So much has changed since then, and I’m only 16.  And with Disney launching its new streaming platform on Nov.  12, it feels like I’m nostalgically reentering my early childhood with the revival of so many classic movies.

Today, TV streaming is faster and has greater options than ever before. Seeing the profits, Disney decided to shove it’s foot in the door of an already dizzying arena of streaming platforms.

At $6.99 per month (or $69.99/year), Disney+ is actually cheaper than other streaming services. It may seem like they’re starting at ground zero, but the truth is, Disney’s content quantity could potentially surpass Netflix’s. With Pixar, Marvel, Star Wars, National Geographic, 20th Century Fox, 25 original series, and yes, every single Disney princess movie (thank god), Disney+ seems like it’ll have endless options.

Except these ‘endless options’ are where problems arise. How do you choose what platform is the best for you? Hulu? Amazon Prime? And even then, what do you watch? On one hand, Disney+ seems more focused on being an option for families with children, but at the same time, they backtrack and make a point of announcing shows like “The Mandalorian,” marketed towards older audiences.

In the end, finding the right streaming service might be impossible. The frenzy for companies to join the competition has declined the ease of TV-watching. At the end of the day, VHS is sounding more and more appealing.

Despite the hesitance and disdain I feel towards another platform joining the ranks, Disney+ surprisingly seems like a good option as it’s much more affordable than others.

Unphased by the sea-sick feeling we all get when we get lost in a warp of choosing what to watch next, Disney+ has estimated as many as 90 million subscribers joining by 2024. So maybe it really is time for Netflix and their forced highschool drama movies to be put to rest.