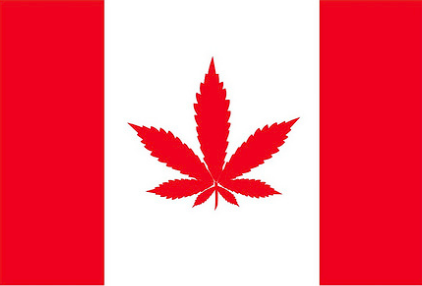 Marijuana has always been a hot topic amongst people all over the western world. Heck, there are even political parties in the United States that are dedicated to legalizing weed. There has also always been a struggle for marijuana users to get a legal product. But that has all changed, as Canada has legalized weed, becoming the first nation to do so regardless of the buyer’s citizenship.

The legalization overall takes a step in the right direction for stoners everywhere. But this begs the question, how will Canadian legalization of pot affect Staples students’ currently and in the future? The answer is: not much.

First, a bit of background on the Cannabis Act:

This act simply makes weed legal in all provinces of Canada (with the exception of Alberta and Quebec) for people who are 19-year-olds or older. In comparison, the legal age to buy marijuana in Colorado is 21.

The only way Canadian legalization of pot could affect students is if people started smuggling marijuana into the States from Canada and started selling it. But, this would be illegal. So at the moment, what happens north of the border cannot affect our life as students, as there is no legal way for us as students or even citizens in Connecticut to get marijuana from Canada in bulk legally.

But even if Canadian legalization of pot won’t affect us immediately, how might it affect students down the line?

At the moment in Connecticut, the age for buying medical marijuana is 18. So, if America or Connecticut made recreational marijuana legal, there would be a good chance that the legal age to buy would be 18. If this were to happen, it would significantly affect the student population at Staples as it would be legal for some seniors to buy weed.

A culture revolution at Staples seems less than a world away with the legalization of marijuana in Canada. Canada legalizing marijuana may push Connecticut or even federal lawmakers to compose a bill that makes weed legal. What that would mean for students, only time will tell, but we can see that a smoker’s paradise is right around the corner.