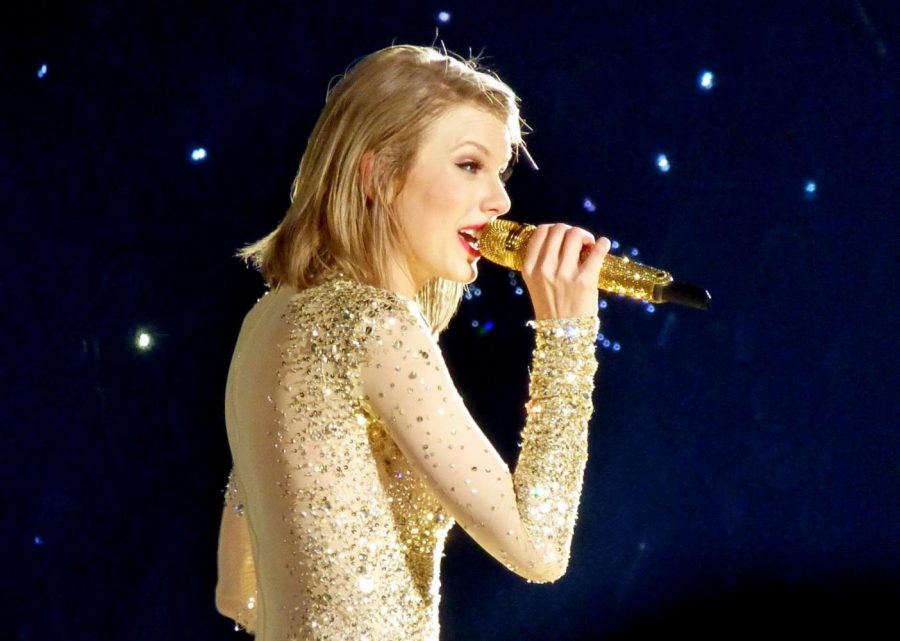 I’m eight years old in the back seat of my mom’s SUV, jamming out to “Love Story” by Taylor Swift like it’s no one’s business. Her lyrics could not be less applicable to my simple life, and her allusion to “Romeo and Juliet” could not have flown further over my head. Nevertheless, her catchy music had me and the rest of nation hooked, and with a booming and dedicated fanbase, her popularity hasn’t wavered. While known for her multitude of smash hits, as well as her relatable, likeable personality, Swift has stuck to music and always stayed quiet about politics. On Oct. 8, however, that all changed.

Swift broke her political silence and took to social media with a lengthy, bold post stating her opinions on a variety of matters ranging for LGBTQ issues to women’s rights, explicitly pushing her fans to vote in the upcoming election. As a result, CNN reported that Swift might be responsible for a major increase in voter registration. Still, what boggles my mind is that many people believe that celebrities should stick to acting, singing and being a pretty face to look at. To me, events like these further prove that it should not only be a celebrity’s right, but their duty to speak their mind on political issues, utilizing their platform above all else to encourage the rest of the nation to have their voices heard through political participation.

When I first heard about Swift’s potential impact on voter registration, I doubted how much the numbers would have changed. However, Kamari Guthrie, the director of communications for Vote.org, said that numbers had increased not only in her home state of Tennessee, but nationally as well, reaching up to 65,000 registrants in a single 24 hour period since her post. This spike is unbelievable. Because of this, I have trouble finding a problem with someone utilizing their power to encourage people to get involved in what they believe in. A single person having the power to influence hundreds of thousands of people to participate in an election seems like a successful attempt at affirming the founding principles of our democracy.

Before looking into it, I didn’t even think that the issue of whether or not celebrities should speak their minds on politics was a debatable issue. I blindly assumed that the general consensus among people was that celebrities should share their political views. But the issue is far more polarizing and controversial than I imagined. A poll from The Tylt indicated that 63 percent of people believe celebrities should stay out of politics, while just 36 percent voted that they should get involved. I was appalled by these numbers. Celebrities are still regular citizens with the right to freely express their opinions as Americans, but their status as influential public figures attracts attention to pertinent issues. Most importantly, celebrities’ political activity educates people on political issues and happenings, leading to more informed Americans. And Taylor Swift’s post was a prime example of accomplishing this goal.

In addition to expressing her support for LGBTQ and women’s rights, Swift’s post addressed Marsha Blackburn, a woman running for Senate in Tennessee. To me, Swift’s opinion on Blackburn and why she doesn’t want to vote for her is fairly irrelevant; the fact that she’s informing her 112 million followers about a certain politician and their political views is monumental. If Swift had not included this information, I, along with millions of other viewers, would not have known anything about Blackburn’s views. These tidbits of information are short and brief, but now, millions of people will have knowledge about those they are voting for that they never had before.

However, I completely understand where people are coming from when people believe that celebrities should stay quiet about political issues. Some think their wealth and elevated social status encapsulates them in an elite bubble, keeping them out of touch with typical American citizens. Others feel that they’re merely using their platform to push an agenda that they’re not even experts on. In this specific case, The Atlantic details that more conservative Swift supporters feel alienated by Swift’s Democratic support, some claiming that they feel “invisible” in the eyes of the pop star. All of these are valid, logical points, and I don’t disagree that appealing to those with certain political beliefs overshadows others who don’t obtain those beliefs.

But personally, I don’t think this is a partisan debate. In fact, it’s quite the opposite. This is about emphasizing and encouraging the nation to understand issues that divide the country, and pushing them to recognize their right to have a voice in the future of these decisions. And, according to Fairvote, less than 36 percent of Americans voted during the 2014 midterm elections. For a country that prides itself on democracy, the majority of the country doesn’t even find it necessary to exercise one of their most notable rights. But now, because of Swift’s post, the nation has 102,000 more resigrants in the first 48 hours following her post, according to Vote.org. So, in a democracy in dire need of citizen participation, actions like Swift’s aren’t just helpful in assisting our democracy thrive––they’re truly essential.