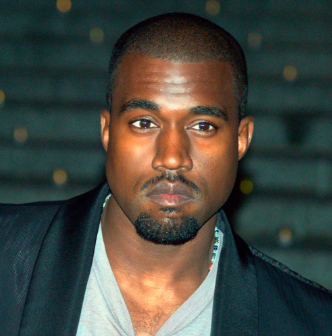 An abundance of positive and negative opinions surfaced soon after Kanye West asserted comments on how [“Slavery was a choice.”] Twitter exploded with reactions, famous rapper Stevie Wonder called West “foolish” for saying these things and referring to himself as a god rather than a race. It is hard for me to disagree with what Wonder said.  Although West is a popular public figure and has created great music over the years, I am a little confused on what he is trying to get at here.

According to CNN news, TMZ employee Van Lathan reacted to West’s comment by saying “[we] have to deal with the marginalization that’s come from the 400 years of slavery that you said for our people was a choice.” Lathan then continued, arguing, “[Frankly], I’m disappointed, I’m appalled, and brother, I am unbelievably hurt by the fact that you have morphed into something to me, that’s not real.”

Kanye tried to provide an explanation for his words, saying, “we were mentally enslaved.” I somewhat understand what West is saying here, however, I think if this is what he intended by his original comment, he should have elaborated more on his explanation and said it in a less offensive way.

Famous actress Denise Zimba claimed she understood what Kanye was trying to say.  She tweeted, “I understand Kanye West a thousand percent. What he’s saying will never make sense coz only 10% of this world is woke, they going to think you crazy bruv … Listen to Dick Gregory’s teachings.” I have no issue with Zimba defending Kanye, I just do not follow his logic.

West also mentioned that since there were so many slaves, their population majority in areas could have propelled a successful rebellion. However, West is ignoring the history of slave resistance that occured. There were instances in which slaves revolted and fought back in order to gain freedom, but lost due to lack of weapons and numbers on many plantations, especially the smaller ones. This shows it was not as easy as it seemed for slaves to revolt against owners and succeed.

To me, it seemed like he was mocking America’s dark history of forced servitude by saying African Americans could have simply refused enslavement. Slavery was not a choice, and it’s disrespectful of West to suggest the opposite. Ultimately, I find fault with his portrayal of the abhorrent institution of slavery, as his statement was both inaccurate and deeply insulting.