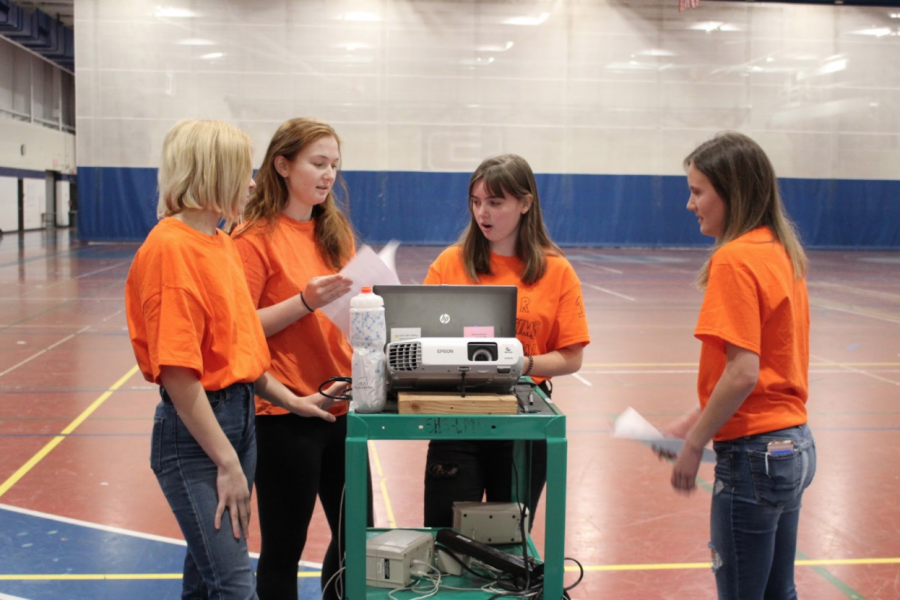 If you ask any administrator in our school what their role was in the Staples Walkout, they will immediately respond with “no role at all” except for security. Such was the case when I had the opportunity to speak with assistant principal Richard Franzis, principal James D’Amico and a host of other security guards and police officers who were present in and out of the school on March 14.

The biggest misconception about the events that transpired that day is that the walkout – or the protest, the demonstration, the assembly, however students interpreted it – was orchestrated by the administration. Where this myth originates is understandable; it was born, perhaps, the moment D’Amico sent out an email to all students detailing the rules and regulations of the walkout. The point of the email was to establish the various rights of students who wished to participate and the punishments for students who participated irresponsibly. D’Amico also went on the loudspeakers about half an hour before the walkout with a similar message.

One email and one announcement compared to numberless developments in explicit, visible student action on social media and throughout the school. That’s where it seems the claim that the administration “controlled” the walkout was a hastily drawn conclusion.

It is true that there are certain regulations involved with student protests, such as punishment for physically exiting the building due to reasonable safety concerns, but none that too severely diminish the voice of the student body. Whether we are walking out of class or walking out of the school truly doesn’t matter – the act of leaving our place of education, symbolically, sends a message of frustration. Separate from our classrooms, walking through the halls and gathering together, we are able to unify in the place where we are supposed to feel safe, but where we lamentably feel most at risk.

Perhaps it would have been a further symbolic leap to exit the school campus. But in the face of consequences, many students would have turned away from such a demonstration. The student leaders involved recognized this and planned for a more inclusive experience such that as many students as possible would be able to participate and make their voices heard. The results were impressive; over 1,200 people ended up in the fieldhouse.

And so, the compromise that was so extensively criticized by those who listened only to two announcements turned out to contribute to the walkout’s success.

It is also true that the administration had some amount of physical presence at the walkout. But having security guards attentively watch every exit of the fieldhouse is not an of element control; it is a necessary security measure. Especially in the wake of the threat against our own school last month, only extreme security protocol was appropriate; shutting down the campus and stationing police officers was part of insurance against a worst-case scenario. In this sense, not involving the administration would have been impractical and extremely dangerous.

As for the content of the protest, many were disappointed by the “assembly”-like style in which it was conducted. Some claimed it was more of a sit-in or a presentation than a rally for action.

Those who uphold these claims should allow for broader context of the situation. All across the nation, at the same time as us, students were walking out of their classrooms. Not all of them went outside with signs; not all schools rallied in the same exact way. I fully commend the students who were brave enough to break every rule despite harsh consequences, but the existence of more extreme and potentially more effective protests does not invalidate the importance or effectiveness of our own in-school walkout.

Students were able to deliver speeches in defiance of Congress and even in defiance of our own administration. These speeches were recorded, transcribed and publicized all over the local press. The League of Women Voters set up voter registration booths outside the fieldhouse, successfully registering and pre-registering over 30 juniors and seniors. And it was us, as a school, who stood still through 17 moments of silence along with the entire nation, quietly honoring the victims of a senseless act of tragedy.

These actions, again, were entirely organized by students. If the walkout leaders proved anything, it was the extent of power students have in organization and the relevance of our voice.

If you still insist on criticizing the walkout, know that you are capable of making change on your own in the way you see fit. Instead of publicizing ineffective complaints against hard-working students, start your own protest, organize a petition or otherwise assemble your peers to lobby political leaders for change.

If you would have liked to walk out of the school that Wednesday, you should have, as long as you were willing to accept the punishment. If you chose to remain inside, there is no problem with that, as long as you do not attack the students who worked so hard to make the walkout possible.

It is disheartening as a close friend of one of the walkout leaders to hear so many claims spreading through the student body that the walkout was “organized by the administration.” Criticizing the speeches or other events of the protest contributes to the diverse viewpoints necessary to foster civilized discourse; but spreading falsehoods about the event’s organization is disrespectful.

Image: From left to right, Maddy Sell ’18, Emma Greenberg ’18, Monique Ostbye ’18 and Ella Lederer ’18 prepare for the walkout on March 14, in which they all delivered speeches.