Keep DACA and keep the dreamers 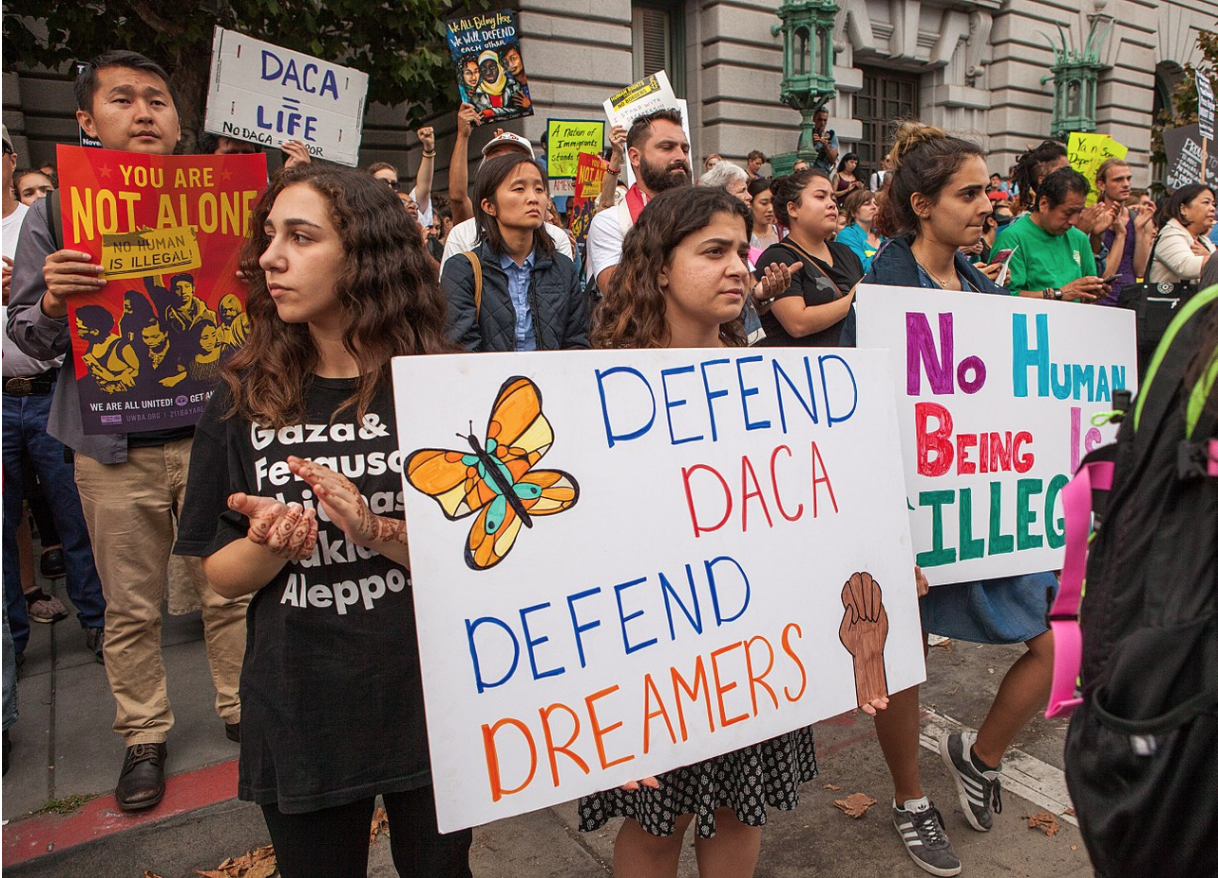 Picture this: You’ve come to America at just 9 years old. Your family came as undocumented immigrants from Guanajuato, Mexico, a place you hardly remember. You and your family adjust to American life despite the constant fear of deportation hanging over your heads. That is, until President Barack Obama issues an Executive Order known as DACA, Deferred Action for Childhood Arrivals, and you no longer feel threatened or out of place. Under DACA, you are regarded as a Dreamer as you get an education, a job, a car and start a life for yourself. Then suddenly this program ends. Yesterday you were an American and today, you are being sent back to Guanajuato –a place you don’t remember, a place where you know no one, a place where you don’t speak the language and a place to which you have no connection, other than it being the place where you were born.

It is wrong to drive these innocent kids, most who are now grown up and have blended into society, of the chance to a better quality of life. DACA recipients are not murderers and they are not criminals. They are innocent people who happen to be born in a country that is not America. They have also been vetted extensively and contribute to making the country a better place and provide the basis for our immigration policies.

As Barack Obama said through facebook, “Whatever concerns or complaints Americans may have about immigration in general, we shouldn’t threaten the future of this group of young people who are here through no fault of their own, who pose no threat, who are not taking away anything from the rest of us.”

There is absolutely no way for someone to register for DACA with a criminal record. On DACA’s official page when outlining the guidelines for DACA recipients it says, “Have not been convicted of a felony, significant misdemeanor, or three or more other misdemeanors, and do not otherwise pose a threat to national security or public safety.” The process of becoming a Dreamer is long and difficult and DACA isn’t given to just anybody. According to the U.S. Citizen and Immigration Services, about 788,000 people have had their request for DACA accepted while 1.9 million were said to be eligible for the program in 2016 according to The Migration Policy Institute.

Dreamers should be allowed to stay not just because they are law-abiding and have been vetted extensively, but also because they are contributing members of society. Dreamers truly make America better place.

In a survey with 3,000 Dreamers, conducted by the Center for American Progress, it was found that nine-tenths had jobs, 80 percent had driver’s licenses and about half were organ donors.
Since Dreamers make such a positive impact on America, they also could leave a very destructive impact if they are forced to leave. The Center for American Progress says that the U.S. would lose around $460 billion in gross domestic product over the next ten years, and around 700,00 people could lose their jobs.

Finally, Dreamers provide the basis for our immigration policies. DACA is about granting amnesty from deportation to youth, the people who will grow up, go to school, start businesses and start families in this country. Without this program, our immigration policies aren’t about starting a new life and contributing to society as an American, it is about coming to a hostile environment where even young innocent children cannot be accepted.

DACA recipients are not criminals, they are vetted people who contribute dramatically to American society and without it we would destroy our current immigration policies and leave the country in worse shape than it was with them here. Keep DACA, and keep the Dreamers.