On the November editorial–a dissenting opinion 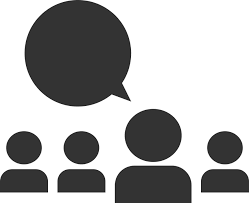 We respect the majority opinion of Inklings.

Being a bystander is indecent. That is indisputable. What creates a bystander is failing to report something wrong; but determining what is wrong can often be subjective.

It is important for Inklings to recognize that many students felt the memes shared on the Facebook page were not morally offensive.  Yes, humor designed to demean or hurt individuals or groups should be condemned.  Suggesting, however, that individuals have an obligation to report politically incorrect jokes inhibits legitimate humor with the boundaries of “political correctness.”

It is true that students must often choose between keeping the integrity of friendships or reporting incidents to the administration. However, we should be less concerned about students lacking confidence to report issues and be more concerned about the issues themselves, especially what distinguishes them as worthy or not worthy of being reported.

In this case, students who did not think the memes were offensive should not be labeled bystanders for failing to report those memes because they did not think there was an adequate enough reason to report them.  Calling them bystanders implies that they were complicit in cyberbullying, which oversimplifies the various perspectives students have on this issue.

These are memes, albeit published in bad judgement, but nevertheless memes.  The purpose of a meme is humor, not libel.  Unless there is any real evidence that an individual or group is being harmed, individuals should think thoroughly before alerting the administration.