Organika Kitchen vs. Green and Tonic: Which has the better bowl? 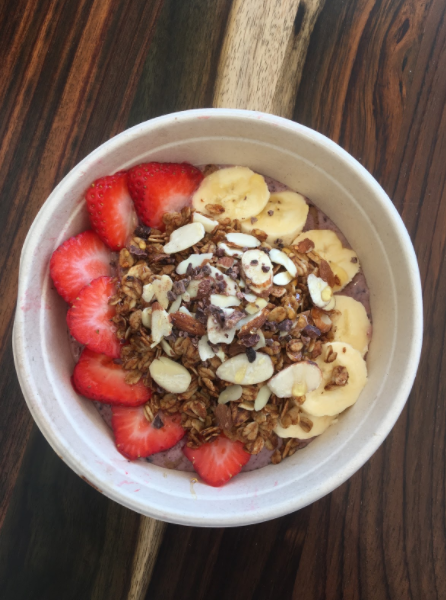 Westport has a reputation for offering overpriced, yet delicious food options. Currently, a popular trend throughout our town is smoothie bowls. In the past four months, two places have opened that are home to some of the bowls in the area: Green and Tonic, located in downtown Westport, and Organika Kitchen, just a few miles up the road on the border of Westport-Southport. So, we decided to set out and see if this hype is really worth it. The price ranges of the smoothie bowls were similar at both places, however the quality and quantity would determine if the cost was worth what we were ordering.

First stop: Organika. The fresh, modern look of this restaurant is very appealing to a newcomer. With the bowl being priced at $9.50 and the smoothie at $7.50, we were anxious to see if we were going to get our money’s worth. The bowl appeared to be a meal size, topped with strawberries, bananas, almond granola and honey. The consistency of the mixed-berry smoothie base mixed with the crunch of the granola and sweetness of the honey made for a perfect combination. The portion appears to be enough for two, however, it could easily be eaten by just one.

We asked some customers at Organika for their opinion on the price. According to Evi Tarshis ‘20, “It’s over priced for the quality and size. It’s good but not amazing enough to spend the amount I am spending.”

At our next stop, Green and Tonic, we decided to order a similar item to the one at Organika. We went with the berry acai bowl, which was priced at $6.95. Immediately, we noticed that the size was drastically different. It appeared to be a lot smaller and was topped with granola and a minimal amount of bananas. The consistency of the bowl was good, however, the amount of granola was overwhelming.

We went up to some restaurant goers to see what their opinions were on the smoothie bowls at Organika vs. Green and Tonic. According to Bailey Rizza ’17, “It’s all pretty expensive. Personally, I like the options at Organika better but the taste of the acai bowl at Green and 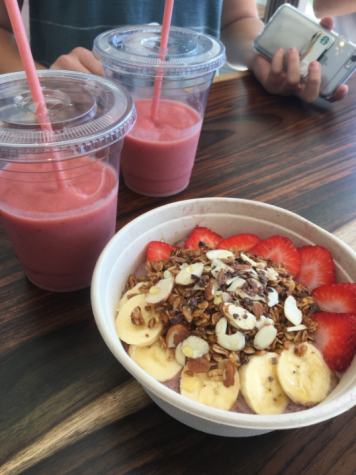 Also, Sophie Epstein ’17, brought up a good point as well, “Everywhere is so expensive. I get it, all the food is healthy but you don’t get a lot of food for the prices you’re paying unlike at a fast food restaurant you get a ton of food for a cheap price
.”

After some discussion and deliberation, we came to a conclusion that we got the most of our money at Organika. If you’re looking for a refreshing, healthy, smoothie bowl, go to Organika Kitchen to get the most of your money.