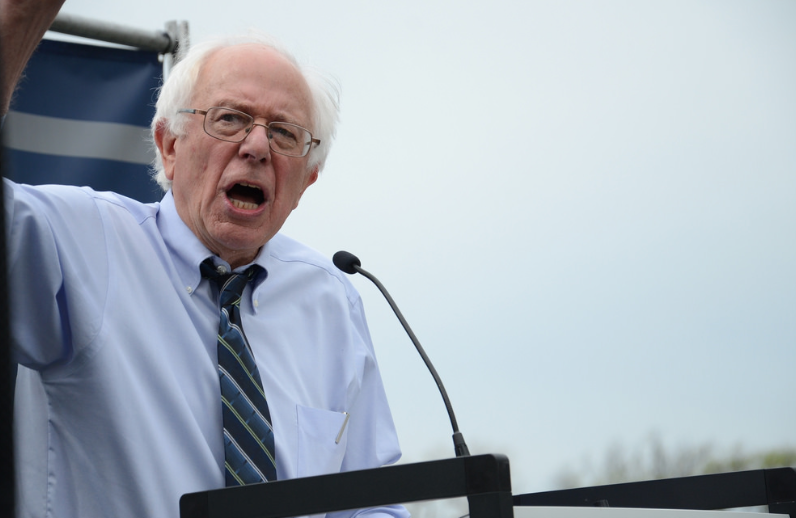 Winston Churchill, former Prime Minister of Britain once said, “If you’re not a liberal when you’re 25, you have no heart. If you’re not a conservative by the time you’re 35, you have no brain,” so it shouldn’t come as a surprise that many Staples students support Vermont Senator Bernie Sanders and former Secretary of State Hillary Clinton.

Sanders  claimed in the previous Democratic debate that the United States needs to be more like Denmark and Sweden. As much as the idea of socialism seems like a good idea‒ free education, healthcare, equal distribution of wealth and having a much stronger middle class sound like incredible benefits ‒ socialism simply is not achievable in America.

Sanders wants to acquire part of this plan by raising the taxes on the rich and “making them pay.”

Not only that, but Sanders thinks that in order to help the unemployment rate, he recently proposed to Congress a one trillion dollar bill to rebuild the roads and bridges in America. Even if some roads are in poor shape or need to be repaired, the funding should come from town and state taxes, not federal taxes. In order to have Americans back in the workforce, Sanders wants to spend more tax dollars- clearly the logic does not exactly work because if the money came from the federal government, then certain states may receive more funding than others, thus not fixing the entire problem.

In addition, Clinton took a stance on guns that essentially accuses gun manufacturers of being responsible for the recent mass shootings. “Everybody else has to be accountable, but not the gun manufacturers. And we need to stand up and say: Enough of that. We’re not going to let it continue.”

How can the manufacturers in a free market economy be held accountable for an individual’s choices?

Additionally, when Clinton said, “I have been as transparent as I know to be, turning over 55,000 pages of my e-mails, asking that they be made public,” Sanders’ comment to that statement was: “The American people are sick and tired of hearing about your damn emails.” This is outrageous that Clinton is not considering the impact of her actions having lied to the American people.

Although there has been a lot of media attention on her emails, covering up an attack on Americans in Benghazi when she knew it was going to happen,  was not only wrong, but she put the security of Americans at risk with these unsecured emails.

As a conservative myself, I am not too impressed with some of the Republican candidates, but the democratic candidates are even more concerning as a potential president for the United States.

Look what eight years gave us.