Who prevailed at the Democrat debate? Here’s a true blue’s rankings… 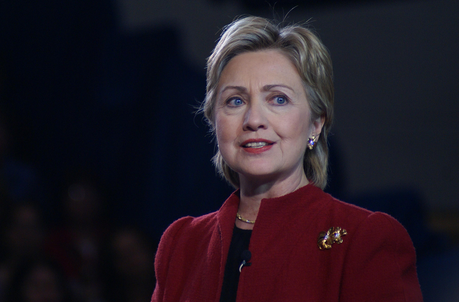 As this paper’s blue-blooded resident liberal (Er, uh-most of the time at least), I thought it’d be important to bracket up the best of the best of the Nevada debate now that the dust has settled. I know what you’re thinking: it really comes down to Bernie vs. Hillary, right? Well, yes, but let’s see exactly why Tuesday’s events reiterated a lot of what we already know about those jostling for the sweet Democratic seat:
5. Lincoln Chafee:
I’m sorry, I hate putting down the “nice guy” (As one of my liberal colleagues put so well, Chafee ought to have taken home the “Best Attitude Award”,) but I will be completely honest here: I cannot remember one of former governor’s stances. For a candidate whose numbers are lingering in the pitiful single digits and whose donations are floundering, Chafee did not do one thing to resuscitate his fading image. If anything, Tuesday evening should have been the wake-up call for Chafee to pack it in and go home with dignity, honor and kind demeanor. (He wouldn’t have been the first person to lose it all in Vegas.)
4. Jim Webb
Beset by a lack of limelight, shortage of support, and a series of rather questionable pragmatic calls that have earned him a few conservative friends, Webb did not do anything to escape the minor liberal leagues for this race. His checkered political past on gun laws and affirmative action paired with his crossed manner did not service his fledging run for too many voters (myself included). Sorry, more “outsider” candidates. The political game is just not built for the ‘newbies’ it appears.
3. Martin O’Malley
I love a good alliterative name, and, while he wasn’t able to jockey to Clinton, Sanders’s or even absentee Biden’s heights, O’Malley did hold his place in the race. As any English teacher will remind you, a good clincher is a must and O’Malley’s closing statement (in which he highlighted the deficit in class between liberal and conservative dialoguing) left a sweet taste in spectators’ mouths. If he can up his performance to such levels in any of the upcoming Democrat showdowns, who’s to say he’s not running to win?
2. Bernie Sanders
Many were wondering when this Vermont senator would make his full transformation from fringe candidate to legitimate democratic force: it happened last night. That “crazy socialist guy” came out swinging, calling out everything from crony capitalism to systemic racism, and showed he could really hold his own against his opponents on the stage with notable gusto. There were concerns about his ability to compromise….which were immediately doused when he high-fived the only person at the moment standing in his way of the ticket. Bravo.
1. Hillary Clinton

Let me put this bluntly: your writer here is “feeling the Bern.” He’s better liberal and a stronger candidate to me. That said though, Hillary prevailed last night by maintaining her safe place in first. She neatly deflected comments on some of her flip flops, deftly played the “underdog” with her more feminist points and still appealed to the softer undecideds rather than the hard liberals without sacrificing her Democrat zeal. Sanders did well but Hillary is still galloping in first.

So, yes, the debate reinforced the rankings we had before and it is still Clinton’s race but, with two stronger candidates jockeying behind her and a solid five more clashes ahead, let this liberal tell you it’s far from over.