The skinny on Thin Mints 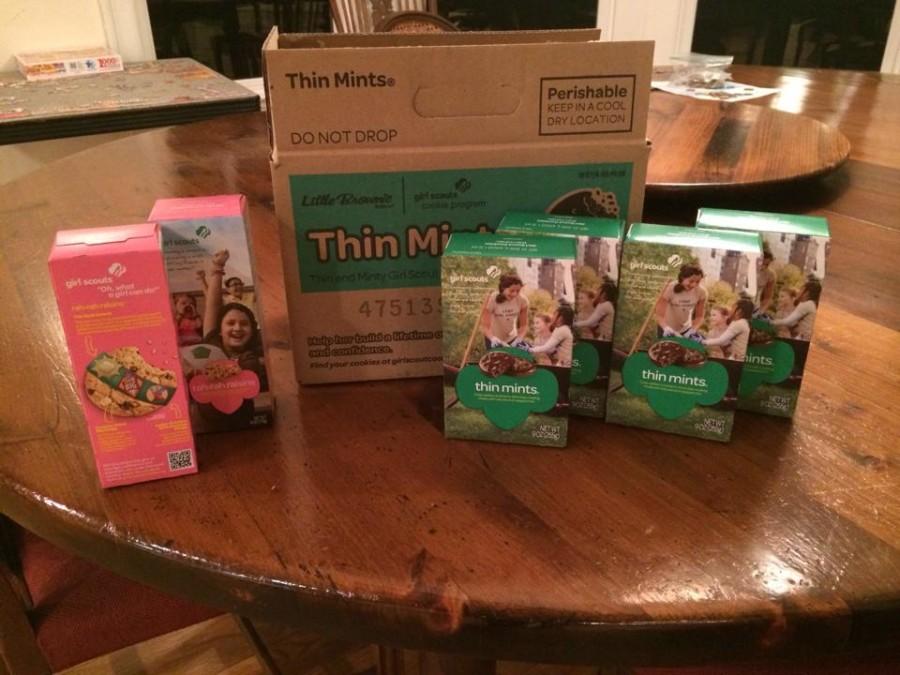 The Gross family's cookie stash: sadly, the Tagalongs and Samoas did not last long enough to be pictured, and yes, that entire case of Thin Mints is full of boxes.

If there is one thing I look forward to each March, aside from my birthday, it is the delivery of my Girl Scout cookies.

My family definitely has a problem. About a week ago, two cases of cookies were dropped off at my house.

And yet, it’s still probably not enough. We churn through a box every few days.

My mom is already talking about how “we gotta track down more Samoas.”

The cookies have grown into an empire. Yet, the scouts are careful to avoid becoming too corporate.

These skills are incredibly valuable, and scouts will use them for the rest of their lives.

Plus, the proceeds go directly to the local troops, enabling them to go on trips, undertake community service projects, and more.