Things to change about the college process 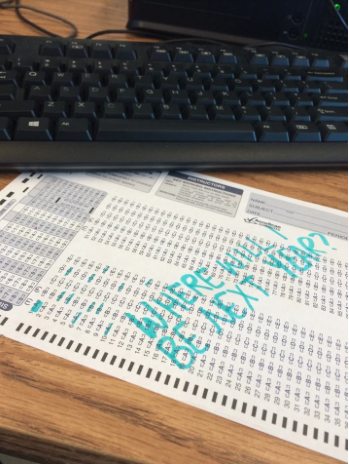 A mere few months ago, I was a junior. I spent my days studying Naviance graphs, perusing US News & World Report, and stalking College Confidential. As I pressed the “Complete” button and sent my final application, my stress levels went from 100 to zero real quick. As I sit here in March after being accepted into school, I can’t help but think of all the ways in which the college gods could have made my life so much easier without sacrificing the traditional ways of the process.

In every admissions talk, they would say, “Once you have completed your application, you can track the status of it on a portal.” I thought to myself, “Yeah, okay. I’m sure they will just send me email updates.” Wrong. Most of the time, decisions will be released on your online portal for a particular school before they send an email or a formal letter announcing that decisions are posted. Not to mention, each one takes about 10 steps to find and various emails to scroll through before remembering your username.Weird.

2. Myth: all decisions are released on April 1.

The month of March is basically a free for all. Decisions are being released left and right without much indication of when they will be released. I’m rarely told when my decisions are made, they kind of just come to me sporadically when I check my portals. Were they released this morning? A week ago? The world will never know. Most of the time, I only know decisions are released because of other people posting on their friend’s wall indicating they got into a school. Then I have to sit down and figure out how to even navigate the portal.

3. All decisions should be released on the same day.

Of all the schools I considered and applied to, the regular decision deadline for submission was either January 1st of January 15th. However, each school’s decision is released on a different day. This creates so much unnecessary stress that could easily be avoided. There’s nothing worse than waiting for a decision when half of your grade has already received theirs.

This is just plain inconsiderate. Let’s be honest: the students who applied to 15 schools would probably only consider four of them. “You can actually have a portfolio weighted toward ‘stretch’ schools, and still have a surprisingly high degree of confidence that you will be accepted to at least one school on your list,” Matthew Pittinsky, a chief executive officer of Parchment and a co-founder of Blackboard Inc., said. Don’t take up other people’s spots who would actually attend. And this is the worst. The people who already made their final decisions but haven’t withdrawn their applications. Do. Not. Do. This.

All in all, I am a firm believer that everyone’s outcome was meant to be. College is college, and it’s what you make of it. I just think that these changes could save much unnecessary stress.