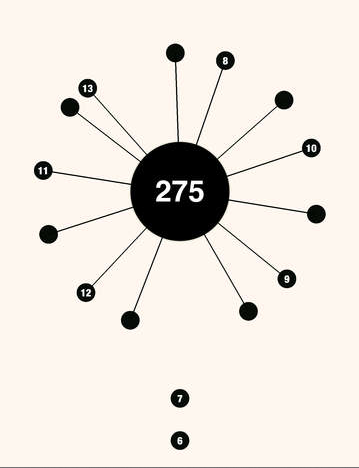 The common noises that I hear as I roam around the crowded cafeteria early in the morning have changed from the silent yawns of tired seniors to the constant yelling of swear words and angry mannerisms.

What could have caused all of this ruckus in such a short amount of time? I suddenly realized that all of this commotion had been caused by a new app.

I watched as my friends struggled through levels on the new game called, “AA.” No, this is not an alcoholic anonymous game, it’s a game that tests your reflexes. You try and aim a “spoke” in between other spokes and they can’t end up touching each other or else you have to start the level over.

I laughed and made fun of my friend’s temper tantrums after they couldn’t beat a level, but soon enough, I had fallen into the AA trap and downloaded the game myself.

My advice is this: never download the app in the first place. You start out beating the easy levels and eventually get hooked as soon as you try and prove to yourself you can beat another level.

I now find myself staying up late at night under my covers with my eyes glued to my shining phone screen. Putting myself down as soon as a spoke hits another and the red light beams through my screen, ultimately ruining my dreams of beating the level I had tried so hard on.

AA is as addicting as it sounds, and if you don’t believe me, then go ahead and download it yourself.