The four people you’ll see during this week 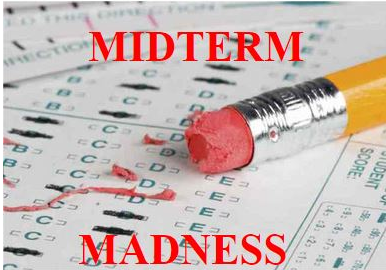 Midterms are kind of like coffee, Red Bull or antidepressants: they change people’s energy level and come with several unwanted side effects. Because of this, you may see some people acting a tad differently in your classes, this includes both students and teachers. Here are some archetypes to jog your memory:

This one fails to show up due to a claimed ailment.  Who decides to get bedridden during this week of all weeks? Not sure, and I’m no mathematician but that’s like a one in fifty two shot, isn’t it? Little bit convenient, right? Just kidding, you sickly scholar, we trust you. We also envy that you’re probably at home watching Netflix while we all struggle with memorizing Stoichiometry, The French Revolution and whatever else. But don’t worry, healthy readers, when make-up day comes along, the tables will have turned to our benefit.

The Challenger
This teacher has to be toying with you. No one’s this cruel. The study guide they give you is thicker than all of your tests so far combined (still not as big as the average try-hard’s though but we’ll get there) and you’re not sure that’s even possible. Who has time to solve all the open-ended questions they put on the test, much less grade them? But you must begrudgingly admit: it takes a special kind of talent to make “helpful” hints that actually make you feel worse about the test.

You’re not quite sure that this person has one of those little things called a life. What you are sure of is that they’ve penned four study guides that would put the Bible to shame as far as length goes, they’ve attended every single review session and they seem to recollect every single fact from the deep, dark recesses of September and August. What do this person and the test they’re relentlessly studying for have in common? They both have the potential to make you feel pretty bad about yourself.
4. The Merciful Teacher
Bless this person, bless them. Whether it comes in the form of a “cheat-sheet,” a curve, or one of those word banks that a sixth-grader could work out through process of elimination, they’re offering you a relief. They’re the Red Cross in the battle against the week of two-hour tests. And I must say, especially as a junior undergoing those bleak days of testing, a little help definitely goes a long way. Thank you, you saint, thank you.