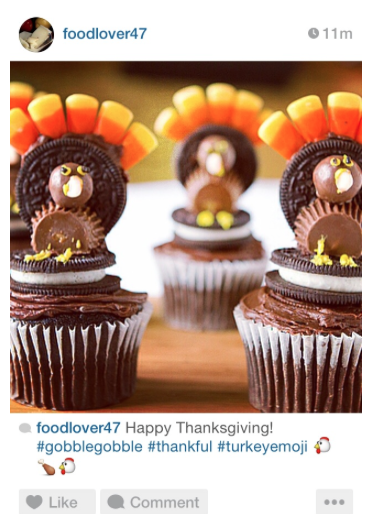 When words fail, sometimes there is no better way to accurately express your feelings than through emojis.   If an occasion is especially exciting, throw in a smiley face or one of the giant, red emoji exclamation points.

But how do you text your friend, “Let’s go to the diner for breakfast!” if there’s no bacon, egg, or bagel emoji to say it?

With the recent release of the iPhone 6,  there have been rumors circulating of an update including new emojis. However, it seems to be all talk and no action. When Apple finally does release them, these are the top five emojis that are undoubtedly necessary.

Why do we need a cheese emoji you ask? “Justbrie-cause,” Johnny Donovan ’17 said.

Due to the amount of angst students experience about tests, auditions, sports tryouts, high school drama, etc., the fingers crossed emoji is in high demand. This emoji will be useful when sneaking in that quick, supportive text before class to a friend on the third floor about to take a math test, with little time to actually type out “Good luck”.

If Apple can make an emoji for archery, bowling, and golf (do they even get your heart rate in that target zone all the gym teachers lecture us about?) then they can definitely slip some volleyballs, lacrosse and field hockey sticks in there too. “How am I supposed to post a picture of the two sports I play, volleyball and lacrosse, if there is no emoji?” Julie Kaplan ’17 said.

Starbucks is the quintessential first period drink after staying up late studying for a chem test the next day. With the ban on caffeine sold in school, students stroll through the halls with Starbucks in one hand and an iPhone in the other more frequently than before. However, how can you ask your friend to bring you Starbucks if it’s early and you’re too tired to type out the word because you desperately need coffee? The answer is simple: a Starbucks emoji.

Let’s get one thing straight: a chicken is no way an acceptable substitution for a turkey.  Yet every Thanksgiving, Facebook, Instagram, Twitter and all other forms of social media pages are littered with posts of “Happy Thanksgiving #thankful” with a chicken emoji. “They don’t have a turkey emoji but they have a poodle and a caterpillar; that’s weird considering Thanksgiving is an important holiday,” Emma Caplan ’15 said.