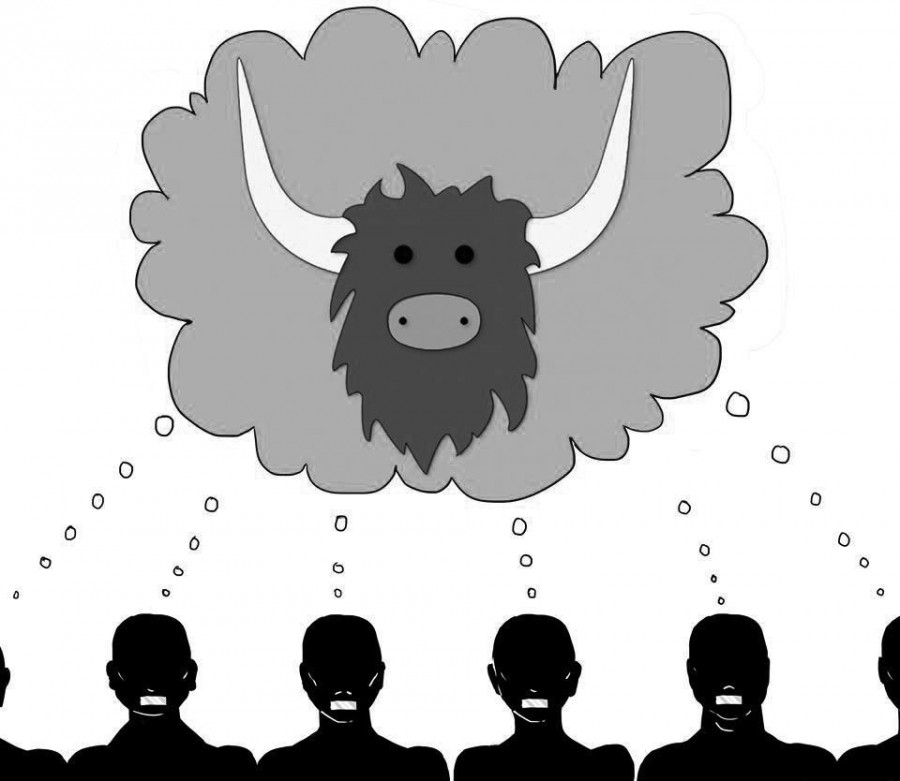 That day, the day Yik Yak first appeared, the administration said there was nothing they could do. Just ignore the app, we were told. Don’t look at it.

Overnight, the administration somehow got the app blocked. They thought that was enough. What they didn’t realize is that it wasn’t even the terrorizing posts on the app that were the problem; it was the kids behind the posts.

There have been bullies before Yik Yak, and there will be bullies after Yik Yak. Yik Yak only enabled the administration to see this spite close-up.

And unfortunately, the victims of Yik Yak didn’t magically forget what had been said about them after the app was blocked.

The emotional pain from being called “fat” or “fag” still remained.

Blocking the app didn’t make everything right again. It was like slapping a band aid on a cut that needed stitches.

Did the attackers writing the posts change? Did the victims feel better?

As much as we enjoy being given the freedom of adults, we’re still only kids. We need guidance. We need structure.

We need someone to tell us when and why and how our behavior is out of line.

We need more than to be told to ignore the problem.

Yes, Staples is an academically challenging school that successfully prepares students for the rest of their lives. We send kids to some of the best schools in the country. We’ve even won a Blue Ribbon award for our excellence.

Here, we are defined by more than our grades. Along with learning how to integrate functions or analyze rhetorical strategies, we are taught to communicate with others and to be creative, critical and global thinkers.

But isn’t high school about more than learning material and skills? We need an environment, a community, that helps us develop good character traits.

The administration has tried to create that with communication time. But judging by the minimal structured discussion that followed the Yik Yak catastrophe, these 15 minutes just don’t suffice.

We have homeroom, but only, give or take, four times a year.

We need to be able to talk about issues like Yik Yak in an open yet stable environment, monitored by adults, led by students.

We need a place and a time to discuss – with other teens – the problems we face during high school.

We need a place and a time to talk through and solve our problems, rather than neglect or forget them.