Omaha! or Oh No 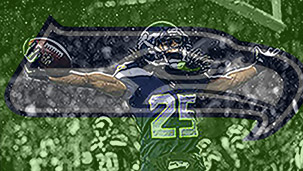 The Super Bowl is the day when football fans sit back on the couch, have some nachos, and gather around the TV with friends and family to watch the most thrilling part of the football season.

But what made this Super Bowl so unusual?

There was barely any competition. Let’s face it, the Broncos were brutally unsuccessful  with gaining points on the scoreboard.

Quite frankly, I was shocked because I so sure that the Broncos were going to dominate the game, especially after they handily controlled the Patriots on both offense and defense.

I even made a bet with my friend from Rhode Island that the Broncos were going to  win.

However, the Seahawks flew over their heads, and so did the ball in just the first play of the game.

After the Seahawks’ safety due to the miscommunication from the snap, the Broncos could not get their rhythm back.

What I don’t understand is that Manning was brilliant when it came to changing the plays quickly and efficiently during the regular season. This time, it seemed like a total 180, and the “Omaha!” could barely be heard.

At least Bruno Mars made me happy again with his energetic halftime performance along with the Red Hot Chili Peppers.

Nevertheless, the Seahawks executed their defense phenomenally and their final game was their best, ending with a score of 43-8.

Not only that, but Richard Sherman really changed his attitude when he was interviewed after the game and ultimately showed his fans who he really is as a person.

In an interview with ESPN,“We played to our standard. It was a team effort. It was a total team effort… Everybody did their part…,” Sherman and MVP Malcolm Smith jointly stated.

Overall, the game was certainly an interesting one. But since I recently became a Broncos fan, I turned off the TV early knowing that the Seahawks were destined to win.