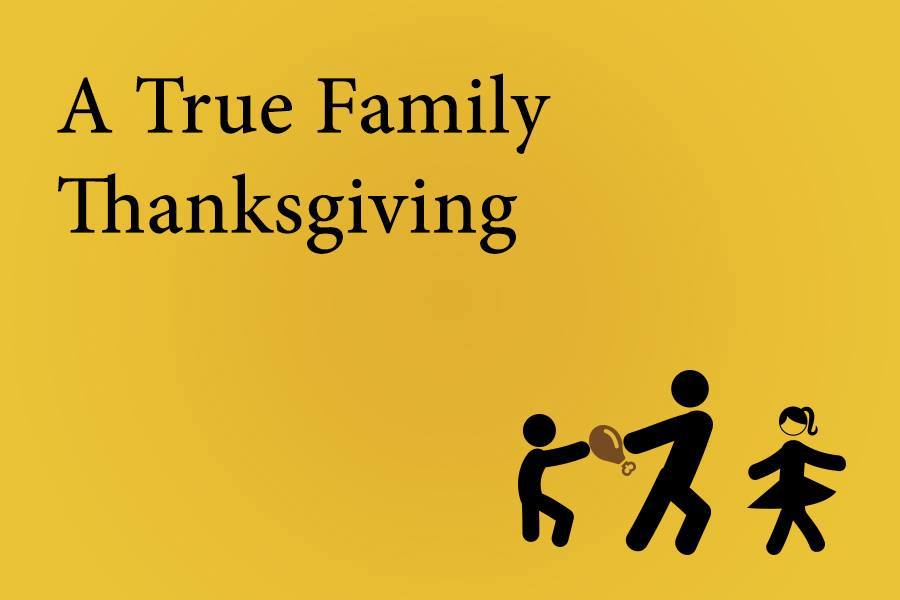 Before my older brothers reached an age of maturity, I was constantly the victim of their vicious and repetitive jokes.  I was called a “hippo” for what seemed like an eternity. But once we all aged a few years, we actually became pretty close. I loved having my older brothers looking out for me when we all lived under the same roof.

Now I have been abandoned. I am the last one standing. Don’t get me wrong, there are definitely perks. My toothpaste bottle never gets twisted and crusty and I’ve converted my brothers’ bedroom into my own personal storage/office. And the best, by far, is that there is no one sneaking the keys to the car out of my grip.

But, in all honesty I can’t wait for them to come home.

It’ll be nice to have more people in the house to exchange stories and make conversation with. It’s always fun to have a little chaos in the house and that’s exactly what the holidays bring.

Thanksgiving has been my favorite day of the year since I was old enough to not care solely about presents. It has signified the one day every year that my family reunites. But this is the first year that I haven’t had at least one sibling by my side before, during and after the holiday. This year, it’s going to take a lot longer to finish the leftovers.

So yes, there are advantages to being a temporary only child. But I don’t know where I’d be without my older brothers.

Without having them as a guideline for which classes to take and to what I should expect from each of my teachers, I would have been lost. And even when they’re hundreds of miles away, I still rely on them for advice.

So despite temporarily letting go of my newly acquired perks, it’ll be well worth it to spend some time with my family and especially my brothers.

I have to admit that I’m still not completely used to being outnumbered by my parents. So I can’t wait for things to go back to the way that they should be– the way it was for nearly my entire life.

Having my extended family there as well only adds to the fun.