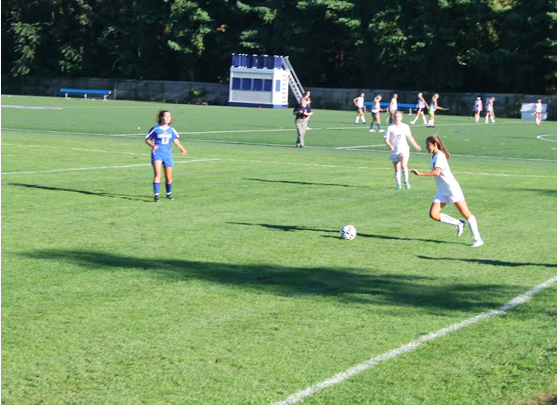 As most of the Staples community saw, this year’s pep rally was host to some interesting routines- even the football team decided to branch out and go a little theatrical this year.  But among the goofy dance moves and phenomenal music mashups was one performance that was just a little too much… For me at least.  I’m not saying that what the girls did was horrendous, or an outrage.  I just think that the administration had a right to do something about the situation.

For anyone who missed the pep rally, the long and short of the controversy is that a few upperclassmen on the soccer team led the Varsity freshmen on leashes.  And to be blunt, it looked like something out of Rihanna’s S&M video, or a really screwed up college initiation.

I don’t know how many people pay attention to college news and scandals, but lately hazing has hit an all time high.  One of the characteristics of hazing is that it’s about someone in a position of power making somebody do something against their will.  I don’t know whether or not those freshmen were led against their will, but I do know that had I been a freshman on Varsity asked to do something like that, it would have been hard for me to say no, whether I wanted to participate or not.  There’s a sense of belonging and approval that comes from older people you look up to, especially in a team situation.

As the punishment stands, it seems to me a pretty mild one. I think the administrators were just.  A one-game suspension is a fairly light sentence, all things considered.  It could have been much worse.

I want to be clear that I harbour no hard feelings against the girls soccer team.  I wish the girls hadn’t done what they did, but I’m not angry at them, just a little upset.  It wasn’t the smartest decision that they’ve made, but I have faith in their ability to learn from the situation; in fact, I think we all should.  Personally, I’m wishing soccer good luck for this game and the rest of their season.  I know they’ll do a great job, both without their upperclassmen and when they return to play.