In the Long Run: What the Boston Marathon Bombing Means for its Future 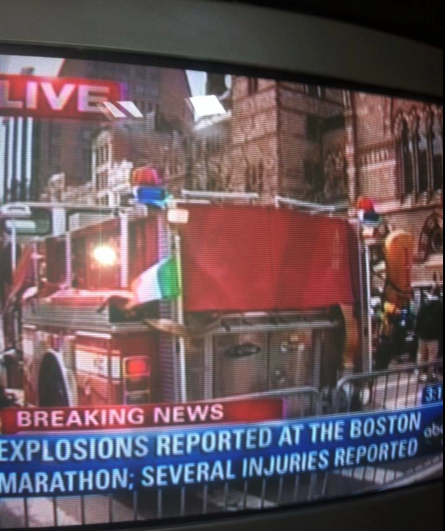 "Does every race with a mass of participants now have to be treated as a potential terrorist threat?"

As both an avid runner and fan of professional running, I see the Boston Marathon as the World Series, a classic, annual American pastime with over a hundred years of history that both participants and fans anxiously wait all year for.

While watching the live feed on my laptop, early on it seemed that this year’s Marathon Monday would be an American success story.

In the women’s race, Shalane Flanagan, an Olympic silver medalist and hometown hero from nearby Marblehead, Mass. stormed to a fourth-place finish. On the men’s side, I watched with a smile as Jason Hartmann, an unsponsored, unheralded underdog – who prior to the race said he would be forced to retire due to financial constraints if he failed to perform well – scored a fourth place finish of his own.

After a 2012 in American marathoning that was disappointing to myself and running fans everywhere – marred by high temperatures in Boston resulting in slow finishing times followed by a cancelled New York City Marathon due to Hurricane Sandy – this year’s edition of the world’s oldest annual marathon seemed to be a return to normalcy for American running. Obviously, someone – or a group of people – had other plans.

The Boston Marathon is the Harvard of marathons, by far the nation’s most selective, by far containing the most coveted entry slot. However, it is far from the fastest course – yesterday’s winning time in the men’s race was more than seven minutes slower than the world record. There is something about Boston’s charm and storied history that has runners from all over the world clamoring for a chance to compete.

To qualify, runners need to run a Boston Qualifying time, affectionately shortened to a BQ. There are varying BQ’s for men and women of all ages, providing the youngest and the oldest with an equal challenge. The requirement of a BQ makes qualifying for Boston a process that often takes years, with the trials and toil required along the way not to be taken lightly. For many who run it, the actual race itself is a post-climactic afterthought, with the road to the starting line serving as the main accomplishment.

That’s something that I find adding to my sadness at this despicable tragedy. At the time of the explosion, the leaders of both races had been finished for more than two hours. With the climax of the races long past, most of the people coming just to witness the spectacle that is the marathon had probably departed from the finish line area. Four hours and ten minutes into the marathon, it’s likely that the majority of those waiting at the finish line weren’t curious spectators but excited family members waiting to cheer home their loved ones as they completed the long journey to Boylston street.

As marathon popularity has risen exponentially over the past decade – with the number of annual participants in marathons across the country practically doubling — the Boston Marathon has increasingly become a “bucket-list,” have-to-try-once-before-you-die item for runners.

While some may be quick to say that Monday’s tragic events will lead to a decline of the race, I believe that a spot at Boston is still so sought after that even if fewer people attempt to gain entry, Boston will still have no trouble filling out its field. However, it will never be quite the same. The sense of security previously enjoyed has been proven to be a false one.

It seems that running a marathon must now become the latest addition to the list of things Americans no longer feel safe doing, alongside the seemingly everyday acts of going to work in an office building, going to the midnight premiere of a blockbuster movie, or even sending your kids to elementary school.

The problem may seem to have a simple solution: more security. But how wide a safety net can really be cast? Boston already spent millions on security. While it does have the luxury of deep enough coffers to spend more, do less popular marathons in equally threatening locations – such as Los Angeles and Las Vegas – have funds to spare? Does every race with a mass of participants now have to be treated as a potential terrorist threat?

The marathon will recover. There will be a 2014 Boston Marathon. But what used to be a city’s joyous celebration on the world stage will be saturated with grief and apprehensiveness.

The runners affected by yesterday’s bombing had already made it over Heartbreak Hill, the notoriously long incline that marks the 20th mile of the course and that has crushed the dreams of countless runners over the past hundred years.

Unfortunately, they didn’t know that the real heartbreak was yet to come.