The Not So Super Bowl 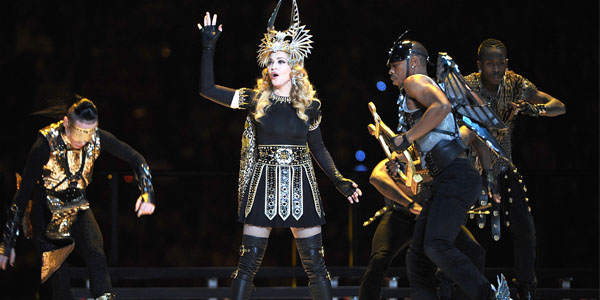 I began Super Bowl Sunday with hopes that I would cheer and watch as Tom Brady and the New England Patriots would win their fourth Super Bowl. Instead, my friends were the ones cheering as the New York Giants beat the Patriots 21-17 in Super Bowl XLVI.

I sat through a horrible halftime show and overdone commercials, was forced to explain a safety to a so-called football fan, and had to listen to an argument about whether Tom Brady or Eli Manning was cuter.

All that for nothing.

I’m not some upset Patriots fan looking to vent about how we would’ve won if tight end, Rob Gronkowski was healthy (you know it’s true), but recently, the Super Bowl has become bloated.

The halftime show awkwardly shifted from ancient Egyptians to cheerleaders to a marching band, and finally, a sci-fi choir, as pop was forcefully fused together with techno and rap.

Yet, somehow, 114 million people watched the halftime show, more than the 111.3 million that watched the actual game, making it the most watched Super Bowl halftime show in history. If Madonna got that many people to watch something that bad, I can’t wait till Justin Bieber performs next year!

One number that was down in comparison to last year’s Super Bowl was the attendance of the game. Over 30,000 fewer people attended this year’s Super Bowl than last year’s. Maybe people have finally learned that spending several thousand dollars on a ticket, no matter how good the seat is, isn’t worth it.

Spending $3.5 million to purchase the rip-off that was a 30 second commercial wasn’t worth it either. Especially if companies are releasing their ads prior to the game, the excitement that a Super Bowl commercial once had is now gone.

If you only watch the Super Bowl for the halftime show and/or the ads, please don’t pretend like you know football and then ask, “Why can’t there be 12 players on the field?”

Go ahead and save yourself a few hours and just watch what you want online, because I don’t want to hear about how you think Tom Brady is a ten and Eli Manning is a seven.